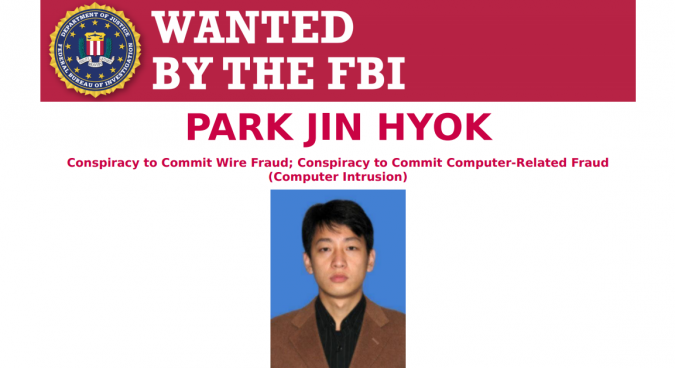 The US Department of Justice has charged Park Jin Hyok, who is reportedly a North Korean spy whom carried out the Wannacry cyber-attack against the UK National Health Service (NHS) and affected more than 150 countries. The hacker is also believed to have been involved in the cyber attack against the Sony Corporation in 2014 and the theft of more than $81 Million dollars from the Bank of Bangladesh.

Whilst it would seem he has been charged, the authorities still haven’t managed to get their hands on him, they know he has been active on business trips to China, and resides in North Korea.

How many computers within the NHS were affected?

It turned out to be the biggest attack the NHS ever faced with more than 48 trusts being affected. 6900 NHS appointments were cancelled and up to 19000 patients were affected. The NHS trusts were vulnerable due to the organization not following up on basic cybersecurity recommendations.

It was also suggested that more than 90% of the trusts were using Windows XP a 15-year-old operating system. The home secretary was not able to confirm if the patient data was backed up however owing to the fact that the some ransoms were paid it would suggest a lack of back up policies.

How much did the Ransomware Demand?

The ransomware demanded a ransom of more than $300 in BTC per computer affected on the network. There was no evidence that the NHS organisation was paid.

“The ransomware attacks that changed the UK appear to be part of a series, and it’s right that they are prosecuted together to show the full scale of offending,” Steve Rodhouse said.

“The WannaCry attack highlighted that cybercrime affects not just the country’s accomplishment and security, but also affects our everyday way of life.

“The distinction between public states and criminal groups in terms of cybercrime is becoming frequently more blurred and today’s charges are a significant step forward in our investigation.”

The Home Minister Ben Wallace said that the government was sure that North Korea was responsible for the attack as well as the attack against Sony which led to the release of the five upcoming high budget films being shared on the file-sharing sites by a group named “Guardians of Peace”.