Interview with Daniel Stenberg: His thoughts on the Curl Bug Bounty Program 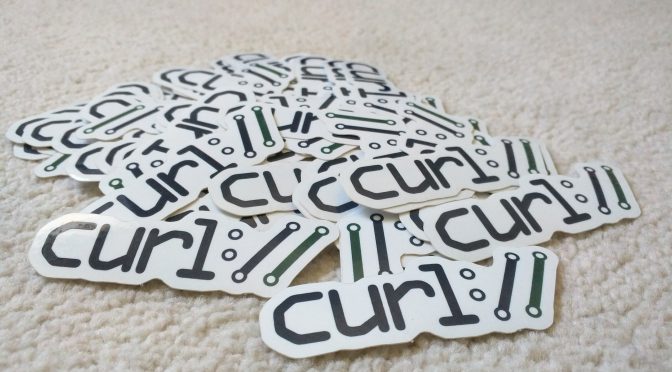 It is so popular and convenient that it’s even used in high end cars as mentioned in the following article written HERE.

What’s Significance of Security in Curl and the Curl Bug Bounty Program as a whole?

The article referenced above gives insight into the huge user base, which is nearly a whopping 100 million cars that run curl and a few million web applications running it, also if you are reading this article and you are a PHP developer you must be accustomed to how you need curl in building quality web applications in order to facilitate different functionalities in your application. This again means that a single serious security vulnerability in curl might destroy huge infrastructure-based applications and put at risk millions of end-users who are using curl or, it’s implementation using it’s library functions.

A single serious vulnerability, for example a Remote Code Execution found in this software and a subsequent mass-scale exploit executed successfully by skilled attackers can unleash a havoc. To help prevent this and combat with these problems arising out of security issues, in the interest of the Open Source Community using this software, Daniel Stenberg, curl’s maker has launched a Bug Bounty programas he mentioned in this tweet.

This might offer upto $500(or, the entire amount sponsored by supporters) to qualified security researchers who submit a valid security vulnerability as in scope with their program. Thus, this stands out as a great move since, security researchers will be compensated adequately for their contributions to maintain security in Curl, which can effectively prevent them from selling these exploits or, exploiting them for evil personal gains as well as aid in hardening the software security.

About the Curl Bug Bounty Program

Earlier, IBB on Hackerone used to pay out at its discretion for critical Vulnerabilities in libcurl but now, things have changed a little and Curl wishes to have its own unique bug bounty program and reward researchers to the best tune possible.

Currently the assets in scope are it’s public git repo –

Scope/classes of vulnerabilites for which bounties would be rewarded:

The curl security team will determine whether a reported issue is considered a security vulnerability and give it a security rating of Low, Moderate, High, or Critical based on its ease of exploitation, resulting attacker control, and commonality of required configuration.

The BountyGraph Panel will have final say on the amount paid out for the vulnerability, but will base this decision on curl’s final assessment of the bug.

Only flaws that are still present in the latest versions of curl are eligible for bounty submissions, so one needs to ensure that his exploit is still present before one submits his bounty.

Benefits to the Bug Hunter Community

That being said, it’s a great program to invest your time in if you are a bug hunter or, a security researcher or, a developer who uses curl and can manage to spend some time to look into it’s inner workings to spot security flaws in it.

Interview with the maker of Curl, Daniel Stenberg