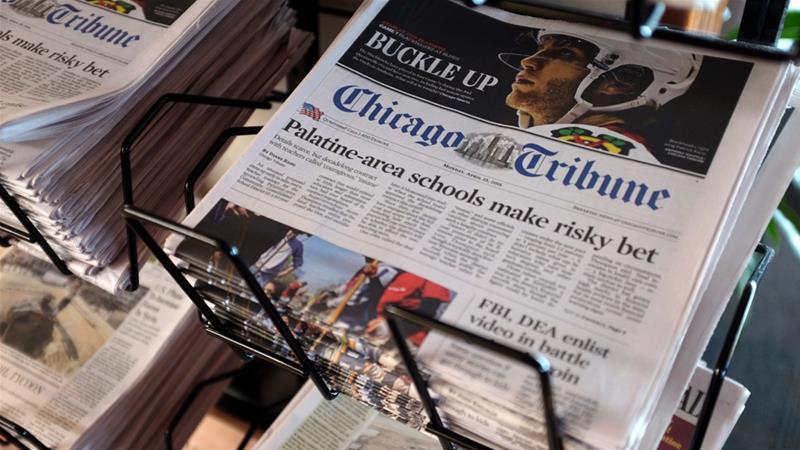 The end of 2018 didn’t go as smoothly as we wished. As disclosed, a massive malware attack disrupted the distribution of print based newspapers. The reports revealing more details have held the Ryuk Malware responsible for the disruption.

The last weekend of 2018 troubled many newspaper subscribers as a ransomware attack disrupted the publication of major newspapers. Reportedly, on Saturday, some major newspapers suffered printing disruptions due to a cyber attack. The attack allegedly affected the distribution of the Los Angeles Times and Tribune newspapers.

As revealed by a Tribune spokesperson, the malware behind the attacks seems the Ryuk ransomware, as all the affected files had a “.ryk” extension. However, the affected publishers have not revealed much details about the technicalities of this attack. Nonetheless, Tribune Publishing has confirmed that their database remained safe during the attack.

Ryuk ransomware gained popularity in August 2018 after a devastating cryptojacking attack that allowed the attackers pilfer Bitcoins worth thousands of dollars. According to a tweet by MHT, the ransomware made the hackers receive more than 400 Bitcoins in about four months.

Update after a month: now the addresses that were seen in samples in total received more than 400 BTC.
More than 400 BTC only in ~4 months… https://t.co/FPnIFibOv8

As revealed from the malware analyses, the files encrypted by Ryuk ransomware end up having “.ryk” extensions as their signature. The malware seems related to the Hermes ransomware strain linking back to the infamous Lazarus Group. This group of hackers from North Korea has been found responsible for several devastating cyber attacks including crypto hacks. The attacks involving this malware may employ phishing strategies. Whereas, the ransomware can also be spread by directly infecting unsecured remote desktop connections.