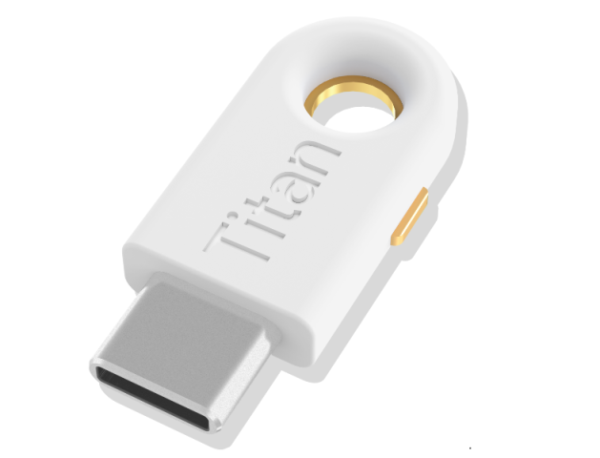 Security keys are designed to save users from the burden of remembering passwords, with the added benefit of mitigating the spoils of phishing and password hacking attacks. In a similar attempt to enhance security for users, Google has now launched their new USB-C Titan security keys.

Google has just announced the launch of a new variant of its security key. This time, they have released the USB-C Titan Security Key for the users. These keys can work seamlessly with Windows, macOS, Chrome OS as well as Android.

In the previous year, Google launched the Titan Security Key supporting USB and Bluetooth connections while following YubiKeys. Users could use those keys with their Android Chromebook or other devices running Chrome browsers bearing USB ports.

However, with USB-C Security Keys, Google has enabled compatibility for Android Phones too.

In a blog post, Christiaan Brand, Product Manager, Google Cloud, stated that they partnered with Yubico to prepare these keys. With regard to the hardware of the new keys, the blog reads,

While the USB-C keys will work in the same way as the earlier variants, they significantly lack the Bluetooth or NFC capabilities. Though, the absence of these technologies also contributes to the robust security of the new keys considering the vulnerability of Bluetooth Keys to cyber attacks.

From October 15, 2019, Google’s new security keys will be available in the USA. Interested users can purchase the keys from Google Store. In addition, Google will also allow bulk orders from organizations from selected countries.