While everyone was busy on New Year’s Eve in welcoming the calendrical change,  cybercriminals were busy “working”. The evidence backing this statement came from the cyber attack on foreign currency exchange Travelex. Recently, Travelex has confirmed a malware attack hit its systems, following which, its services went down.

Reportedly, the international foreign currency exchange service Travelex has emerged as the latest victim of a cyber attack. As experienced by users, and confirmed by the service, Travelex services went down following the malware attack.

The exchange clearly defined the incident as a ‘malware’ attack. Sharing their statement in a tweet, Travelex mentioned,

Travelex confirms that a software virus was discovered on New Year’s Eve which has compromised some of its services.

They also confirmed the shut down of their services, which they did as a precaution.

As a precautionary measure in order to protect data and prevent the spread of the virus, we immediately took all our systems offline.

Though the exchange only stated about the disruption of ‘some’ services, it actually caused huge trouble to the users. The attack potentially affected the partnering businesses as well, such as Tesco Bank.

Hi there, we're unable to help with Travel Money queries here as our Travel Money is administered and managed by Travelex. If you'd like to discuss this, you can reach the Travel Money Team at [email protected], or on 0345 366 0103 (24/7). I hope this helps! – Brogan

The disruptions also caused severe problems for the users in withdrawing money.

Perhaps this explains why we have been stuck in Canada for four days with no access to our money? I’ve been calling you every day for an update, maybe your phone agents could explain the situation instead of constant false promises?

Completely unacceptable! I am left with no travel money for my trip! I simple sorry, we can’t process your travel money order would’ve been more than enough to let some of us have alternative ways to get some travel money!

After the online services of Travelex went down, the company had to manage serving customers by providing exchange manually.

They also engaged cybersecurity experts to resolve the matter. However, until the time of writing this article, the Travelex website is still down. 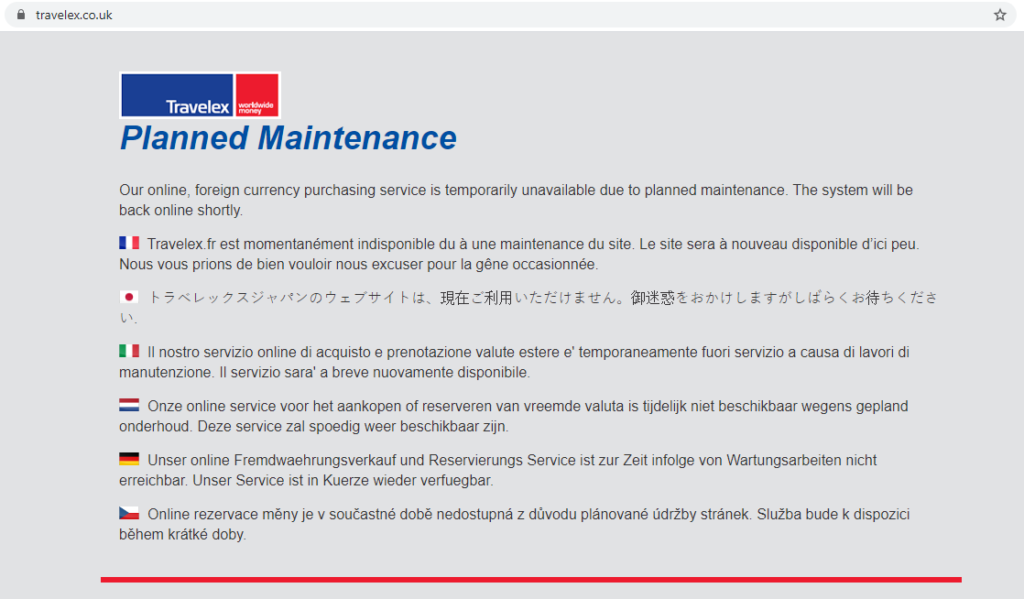 While Travelex are still striving to restore their services, they assure that the incident did not affect customers’ data.

Before Travelex, numerous other incidents affecting different businesses also surfaced online towards the end of 2019. Some of the affected services include Poloniex cryptocurrency exchange, telemarketing firm The Heritage Company, IT service provider Synoptek, and a US Maritime facility.