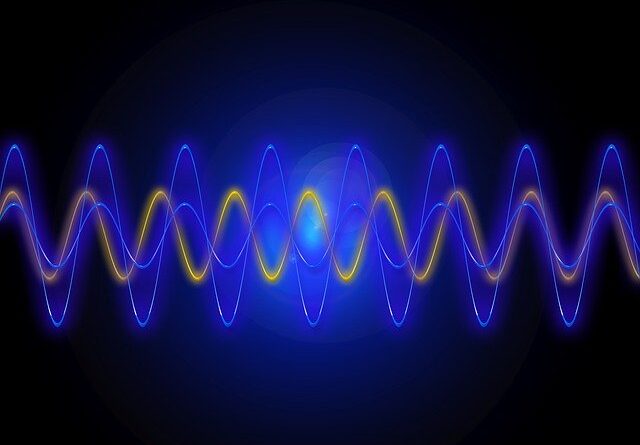 The way we communicate has changed a lot over the years. From handwritten letters to electronic e-mails to smoke signals and text messages, the way we exchange messages have developed so much thanks to the help of technology.

Probably one of the most ground-breaking inventions in the communications field is when the wireless signal transmission was discovered. As expected, this development came with a pair—in this case, the science of signal jamming. To explain it simply, signal jamming happens when a device’s frequency collides with another signal of the same frequency but at higher power. When this happens, the receiving device will not be able to process signals properly and stop functioning correctly.

The act of jamming signals was widely used during World War II and the Cold War. Besides using it to disrupt messages from reaching their intended countries, jamming of broadcast stations was also propagated back then. During the Cold War period, the broadcasters from the Soviet and the West even battled in a “power race” in which the jammers worked to increase their transmission powers.

The situation started changing at the end of the Cold War. As the Soviet Union fell from power, the Western forces gained more traction and control over innovation and technology in general. However, with no need for “signal battles,” signal jamming was also classified as an illegal act among many countries, with the exception being for government, military, and defense applications.

Disrupting signals can either be caused by mechanical jamming or electrical jamming. We discuss their main differences below:

A more old-school type of jamming, this technique involves the use of devices like decoys, reflectors, and chaffs to reflect and re-reflect signals back to its source to create false returns. These devices are highly noticeable—for example, corner reflectors are often attached to decoys (or moving objects designed to confuse a radar operator) to make them seem like real aircraft. Chaffs, on the other hand, are aluminum glass fibers that come in different lengths. All of these, while effective, are not exactly subtle, defeating the purpose of more incognito signal jamming needs for certain situations.

A strategy wherein jammers send interfering and highly-concentrated signals to radar or receiver either through noise or repeater techniques. Noise jamming is divided into three types namely spot, sweep, and barrage.

Spot jamming is a type of concentrated power that is used to attack one particular channel or frequency. It is usually hard to track since it is challenging to detect which particular frequency is affected during a spot jamming attack, but the slight downside of this is that this tactic is limited only to jamming one frequency.

Sweep jamming, on the other hand, is a type of attack wherein an attack is changed into different frequencies, similar to a sweeping motion. It addresses one of the weaknesses of spot jamming because it can attack multiple frequencies successively. However, it must still be noted that there is still a slight gap between these attacks because they are not done at the same time.

Lastly, barrage jamming involves the jamming of multiple channels at the same time in one attack. The good thing about this is that several frequencies can be jammed simultaneously. However, because this type of approach uses too many resources and power to do this, the jamming effect can also be limited. A new type under barrage jamming is base jamming where radars are jammed at their source instead.

Applications of Signal-Jamming in Modern Times

Signal Jamming, at present, is a very invaluable technique for certain institutions. Here are a few examples of where they can be used:

Blocking of Cellphone Usage in Schools or Prisons

Signal Jamming devices are very popularly used in environments where mobile phone use is not allowed. A school is a place where they are commonly used since they help take out the distraction that smartphones pose on education. A cellphone blocker from The Signal Jammer is a good option, and can also be used for either personal (as long as it’s legal) and organizational purposes. Prison is another example where it is not uncommon for inmates to successfully smuggle a smartphone despite restrictions. Signal Jamming is used in this situation as a safety precaution since it works to block off all possibility of communications from inside the prison to the outside world.

It is also not uncommon for signal jammers to be used in situations like VIP transport and transfer. Rather than blocking the transfer of communication signals, however, specific signal jamming devices are also used to render a certain area radius safe from the detonation of bombs, particularly improvised explosive devices. These types of signal jammers work by countering the signals that can otherwise set off explosives.

GPS Jammers are types of signal jamming devices that work by blocking possible GPS monitoring on devices or vehicles. They can also be paired with a GPS Tracker Detector which can be used to spot bugs planted on a person or their vehicle.

Cellphone signal jammers are a type of jamming device that blocks the signals that smartphones receive. It can help keep individuals safe from pesky calls and usually work only on limited spaces. There are even portable models of such devices that are specifically designed to be light so that a person can easily take it with them as they move. Before buying cellphone jammers, however, it is important to check laws first, since personal use of them have been tagged as illegal by most countries.

Signal jammer devices used for WiFi are usually employed by companies and organizations that need extra protection against data theft. Many companies opt to have it to prevent information leaks that can cause expensive data loss.

Signal Jamming may have a shaky start in history but the method does prove itself useful for modern situations too. Granted that personal use of it is commonly not allowed by most governments, it pays to know that it can also be used for other meaningful purposes as well.

Want to know more about the what’s, how’s, and why’s of signal jamming? Check out more of our articles.