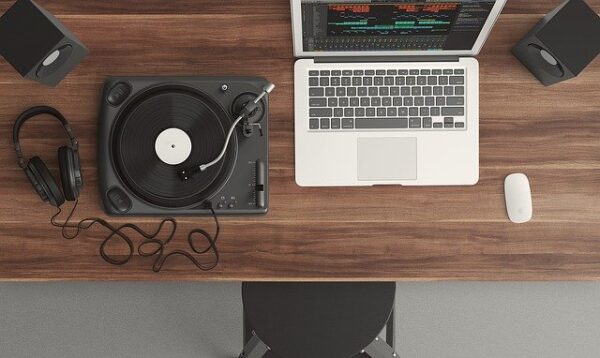 The process of acquiring a textual equivalent from an audio recording is commonly referred to as audio to text transcription. However, it can also imply a video file which contains two or more participants conversing with each other. In its early beginnings, transcription was a tedious and delicate process that had to be done manually. For an inexperienced individual, this could take anywhere from 5-10 times of the original content’s length. This inconvenience laid the foundation to the two of the most commonly used methods – manual and automatic transcription companies.

Companies relying on human workers have become quite obsolete in the recent years, mainly due to their error-prone results and long turnaround times. In contrast, automated transcribers aim to remove all the risk factors and offer a completely opposite experience. In order to get started converting your audio file, you’ll have to select one of the two approaches. Read on to find out their main differences.

Automatic vs. Self Transcription – Which One To Choose?

While you might be tempted to convert the file yourself in order to save money, you’ll quickly find out that it’s not as easy as it looks. Furthermore, it’s not only the matter of writing the words down – the final result is surely going to be riddled with errors, which will have to be fixed afterwards. If you’re not a professional, a single file is going to take up most of your day. There are a couple of utilities which can help speed up the process, such as the transcription pedals or professional software, but they’re not cheap.

On the other hand, automatic transcription comes with a fixed price right out of the gate. Its cost varies from company to company, and the more reputable the service is, the more you’ll have to pay. Still, the prices are far below those of manual transcription companies, and the cost is justified based on the time that you’ll save. Besides this, there are multiple other advantages when it comes to this transcription method.

The algorithms have significantly improved over time, to the point where their error margin is lower than that of the professional human transcriptionists. Most of the services feature over 95% accuracy, some even higher than that. This means that you won’t have to spend hours analyzing and fixing the errors made by the computer – it’s ready to use almost immediately. In addition, this type of service can produce a result with incredible efficiency. The lowest turnaround time for manual companies is around six hours – automatic transcribers work at just a fraction of the time.

None of your files are subject to information leaks, since there aren’t any people involved in the conversion process. The only physical component that has to have access to your recordings is the hardware used by the algorithms. Also, almost all of the companies specifically designate the time during which the files are stored on the servers – after that, they’re removed forever.

Audext – An Audio to Text Converter

What makes Audext different from the rest is its implementation of AI algorithms, which learn over time in order to provide better results. This attributes to the service’s industry high 0.13:1 ratio, meaning that an hour of audio takes mere 7 minutes to be transcribed. Alongside the top-notch efficiency, Audext boasts over 99% accuracy for any and all files that don’t contain severe background noise or heavily accented speakers. You can find out more here.

In order to help you save additional time, Audext automatically includes a speaker identification property which labels each line of text with the name of the person who spoke it. During the conversion process, users can take advantage of a built-in editor which has multiple features such as find & replace, playback speed modifier, active word highlighting and others. Once you’re finished with the modifications, simply save it to your PC in either DOCX or TXT format.

All new Audext users get a free 30-minute trial in order to test its quality. After that’s done, there are different pricing plans which include yearly & monthly subscriptions as well as per hour purchases.

Speech to Text Conversion Through Dictation

If you’d like to take short notes or record a longer speech, dictation might be the better way to go. There are multiple different companies offering on-the-fly speech to text conversion, some of them even for foreign languages. While this is faster than typing, you might find it lacking in accuracy, especially if you’re not a native speaker. If this appears to be a problem, there’s always the possibility of saving a recording and uploading it to Audext for later conversion. By choosing one of the per hour pricing plans, you’ll be able to pay the exact amount that corresponds to your recording’s length. It’s easy, cheap and much more beneficial in the long run.