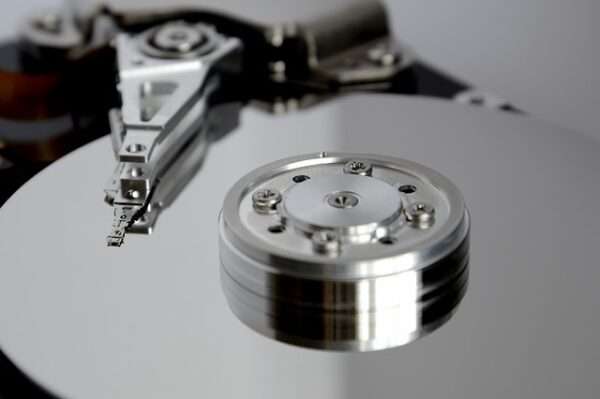 When it comes to IT security, you’re going to want to take the opportunity to familiarize yourself with various types of storage systems.

Larger corporations will generally want a storage system where data from multiple units are streamlined into one larger unit for storage purposes. This allows data to be accessed from multiple devices.

One system you’ll want to familiarize yourself with is called RAID. RAID is a type of data storage virtualization technology.

What does RAID stand for?

The term RAID was first introduced in 1987 by a team of computer scientists. At the time, the term stood for “Redundant Arrays of Inexpensive Disks”. This is because, at the time, it was more cost-efficient to use multiple smaller hard drives for data redundancy than it was to buy a larger disk.

Now, the term RAID stands for “Redundant Array of Independent Disks”, since each hard drive operates independently as part of a larger system.

What does RAID do?

RAID arrays combine multiple units into one larger unit. This creates a system that allows for data redundancy. Data redundancy allows data to be stored in multiple places. This system is beneficial because it helps improve fault tolerance and increases storage capacity.

There are several different RAID levels. These levels use different techniques to store data. Most of these levels are good protection against hardware errors, but they do not help protect against data loss.

You can use a RAID calculator to calculate the capacity of a RAID array. This calculation takes into consideration the RAID level, drive capacity, cost, drives per RAID and number of RAID groups.

How safe are RAID arrays?

As mentioned above, RAID arrays are primarily good for protecting against hardware defects. The redundancy of a RAID configuration also helps provide a strong level of data protection.

Like other storage systems, RAID arrays are not foolproof. While there are strengths, there are also weaknesses. Data loss can occur if a hard drive is damaged. Data can also be lost due to user errors, malfunctions, and malware.

What weaknesses are there?

There are a few different weaknesses with RAID configurations. One is that sometimes drives can have mechanical issues. This can cause the RAID array to fail, which can result in data loss. Depending on what causes the failure of a RAID configuration, there could also be problems with write-cache reliability.

While sometimes arrays can be rebuilt after a failure, there is a possibility that some data will not be recovered. Depending on the size of the drives, it can also take several days to rebuild. It can be frustrating to spend several days rebuilding a system, only to realize that data cannot be recovered.

RAID configurations are not meant to serve as a backup for data. A backup is a copy of the data that is stored in a completely separate location from the rest of the data.

If a RAID configuration is ever damaged or hacked, there is no way to retrieve that data. The whole configuration is negatively impacted. This is why it cannot be considered a backup system.

Setting up a backup system doesn’t have to be expensive, but if you’re currently using a RAID configuration, you’re going to want one. It is the only way to protect your data completely.

When it comes to IT security, having an awareness of various types of storage systems, such as RAID arrays, is essential. A RAID array can help with data redundancy, but it cannot serve as a backup system. This is because they can be damaged or hacked, which will result in a complete loss of data. If using a RAID configuration, always pair it with a backup system.