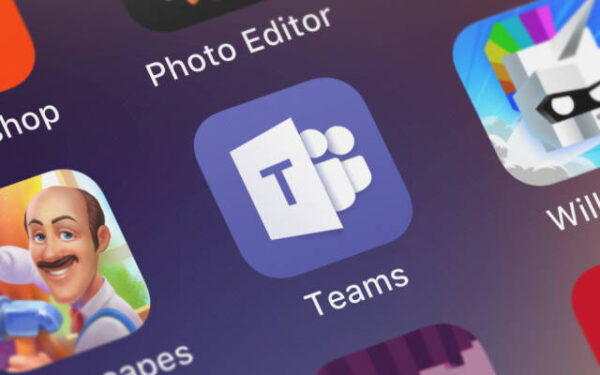 A serious vulnerability existed in Microsoft Teams that allowed account hijacking. Simply sending a malicious GIF to the victim could allow an adversary to take over the target account.

The Teams client uses one of these created tokens to allow a user to see images shared with them or by them, as those images are stored on Microsoft’s servers, which applies authorization control. This token, called “skype token,” can also be seen as a cookie named “skypetoken_asm.”

If an adversary hijacks a vulnerable subdomain, They could then access the authtoken required to generate the skype token needed for authentication, simply by sending a malicious .GIF file. As stated by the researchers,

The attacker could scrape the victim’s data stealthily. Moreover, an attacker could also exploit this bug to target enterprise accounts due to the wormable nature of the exploit.

This attack works for Microsoft Teams for desktop and web browser. The following image illustrates the attack scenario. Besides, the researchers have also shared the PoC in a demonstration video. 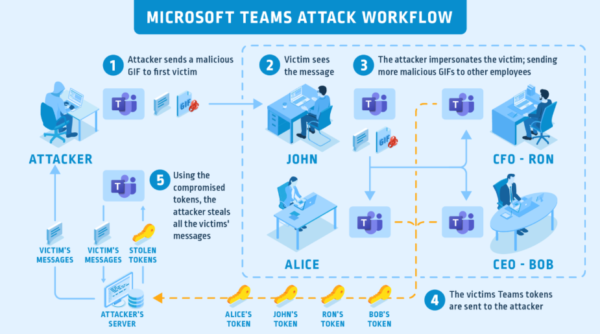 After discovering the flaw, the researchers reached out to Microsoft in March 2020 to inform them of the flaw. Following their report, Microsoft remedied the vulnerability by deleting the misconfigured DNS records of the two vulnerable subdomains. Microsoft also released patches in April 2020 to prevent similar bugs in the future.