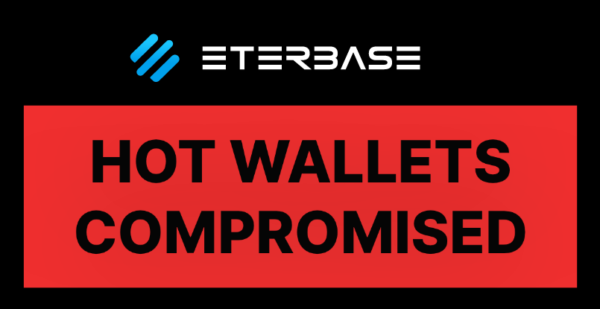 Reportedly, the cryptocurrency exchange ETERBASE has suffered a security breach that caused financial losses. The attackers targeted the exchange’s hot wallets to steal $5.4 million worth of crypto assets.

Based in the Slovak Republic, ETERBASE claims to be the first European regulation-compliant cryptocurrency exchange. As mentioned on their website, the exchange complies with the GDPR and AMLD4/AMLD5.

The news about the ETERBASE crypto hack surfaced online after the exchange posted about it on their Telegram channel.

Following the incident, the service announced on Twitter about the maintenance mode of the exchange.

Dear users, the exchange is currently in maintenance mode because our hot wallets were compromised last night:https://t.co/XWZZoWxLd0

Sorry for the inconvenience and please have some patience untill we solve the issue.

As elaborated in a notice on their website, the incident caused losses of six different assets from the exchange. These included Bitcoin, Ether, ALGO, Ripple, Tezos, and TRON.

Despite the losses, ETERBASE has assured continued operations in the future.

We want to inform our users that we have enough capital to meet all our obligations, and at the same time, we want to reassure everyone that this event won’t stop our journey!

Though, the exchange site still down for maintenance (until the time of writing this article). 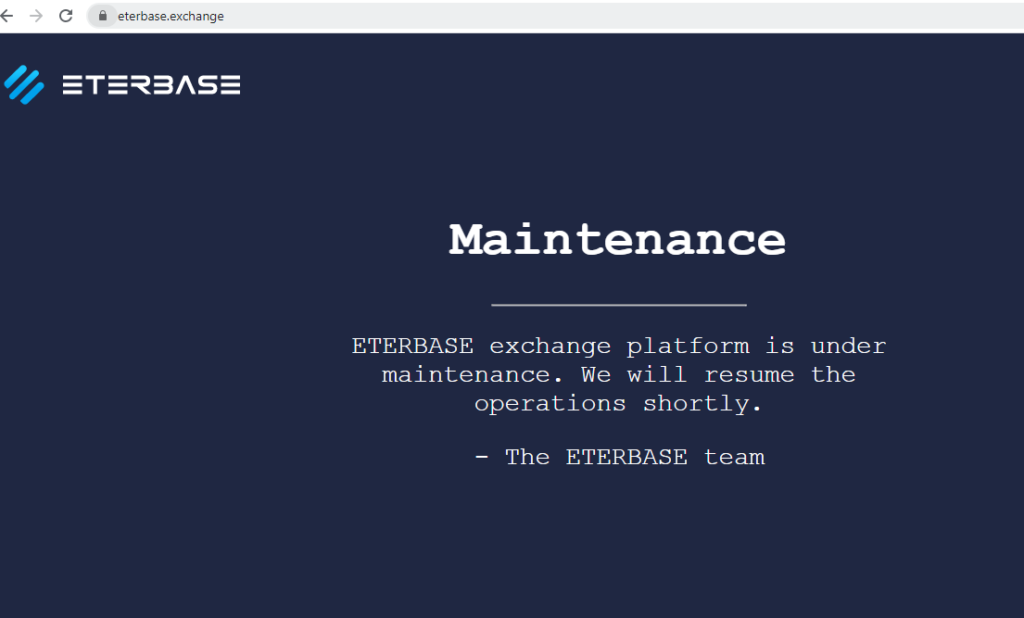 Following the incident, ETERBASE involved the relevant law enforcement authorities as they go on with the investigations.

Also, they have contacted the relevant cryptocurrency exchanges where the stolen data may reach. In a recent tweet, they have named Binance, HitBTC, and HuobiGlobal.

#Eterbase will continue with operations!
Our investigation shows a big part of stollen funds ended up on @binance, @HuobiGlobal, and @hitbtc.
Your assistance will be appreciated.
Thank you!@cz_binance #compliant #EU #cryptocurrency #exchange #trading pic.twitter.com/VWzbqU26NZ

Earlier this year, the hackers targeted two different cryptocurrency platforms with the same strategy. The attacks caused a total loss of $25 million worth of crypto assets.