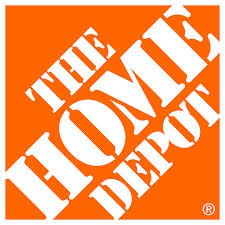 Home Depot has recently agreed to a multistate settlement over a 2014 data breach. The Georgia-based firm suffered a major data breach in 2014 that affected millions of customers.

In April 2014, the DIY retailer Home Depot suffered a major security breach via POS malware attack on its stores. However, the attack remained undetected until September 2014. During all this time, the attackers continued to pilfer payment card details of the customers.

Then, on September 2, 2014, the firm detected the breach after the banking partners and LEAs alerted them.

The malware attack resulted in the loss of sensitive data of the consumers across the US and Canada. Home Depot merely assured that the incident didn’t leak the debit card PINs.

Years after the serious cyberattack, The Home Depot has agreed to a $17.5 million settlement with 46 states and the District of Columbia.

As announced by the Delaware Attorney General Kathy, alongside the settlement, the retailer has also agreed to implement various security measures regarding users’ data security.

Briefing about the incident, the announcement reads,

In a separate announcement, the Massachusetts AG Maura Healey also confirmed securing $525,000 in the settlement. According to Healey,