How to enjoy Netflix anywhere by beating regional restrictions

Over the years, Netflix has become a trusted name when it comes to streaming the best shows. From horror to romance, from comedy to thriller, from adventure to mystery, you can select any genre and enjoy unlimited entertainment to your heart’s content. The wide selection of the option belonging to different entertainment genres makes Netflix the best streaming service.

As Netflix’s hype is increasing, it becomes crucial to know all the tricks and tips related to unblocking unlimited Netflix content. Even though geo-restriction is a nuisance, when it comes to answering how to get American Netflix in Australia or any other country, a VPN can be a lifesaver. It can not only help you protect your online identity but also add to your streaming experience by overcoming the geo-restriction barrier.

Geo Restriction – What is it?

The geo-restriction barrier is the bane of the existence of streamers. Though we can agree on the fact that Netflix is better than Disney Plus due to multiple reasons, all of the streaming services, including HBO Max, Netflix, Disney Plus, and Amazon Prime Video, implement the location restriction barrier.

Putting it simply, we can say that streaming websites utilize users ‘ IP addresses to identify their current locations and control the content they can access. For instance, if you are an Aussie, you can watch only Australian Netflix, and the same goes for the residents of other countries, including the US, UK, Canada, Japan, and Korea. 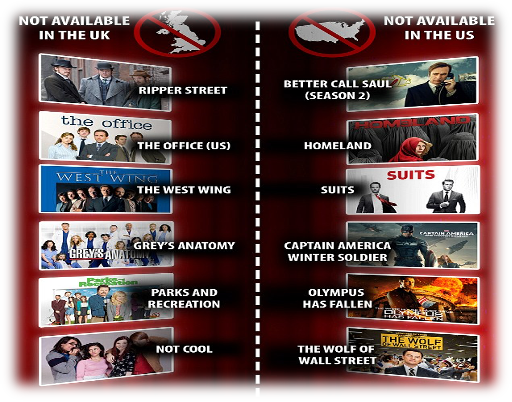 As your IP address is your online identity, it plays an essential role in selecting the content available to you. Netflix uses your IIP address to know where you are located, and the content selection is provided based on the content approved to be streamed in your location.

Imagine if Netflix can provide uniform content for streaming without considering the location of the users. The company’s profit will escalate, so what is the reason Netflix is not adopting this practice? Because Netflix has different streaming rights and licensing agreements in different countries. As the copyright laws in countries are different from each other, Netflix has to follow the law of the lands and only stream content it was able to acquire the rights of. Let’s take the example of Gimme Shelter, which is available on American Netflix, but streaming rights are granted to a different platform in the UK.

“Netflix Originals are the shows produced by Netflix. As the streaming company owns the absolute right of the show, they are available on all Netflix libraries.”

As Netflix is operating in over 150 countries, it has to follow the copyright laws of each country to prevent the possibility of a lawsuit for beaching it. Sometimes the cost of the licensing agreement is high, and Netflix does deem the show worthy of that much money.

VPN (Virtual Private Network) is viewed as quite possibly the most secure way of transferring information. An intermittent service gets the data and transfers it to the objective while encoding it for insurance, yet not every VPN does that. As VPN reroute your web traffic and change your IP address, it is regularly used to sidestep the geo-limitation hindrance of streaming sites, including Netflix, Disney Plus, Hulu Plus, HBO Max, and so on. 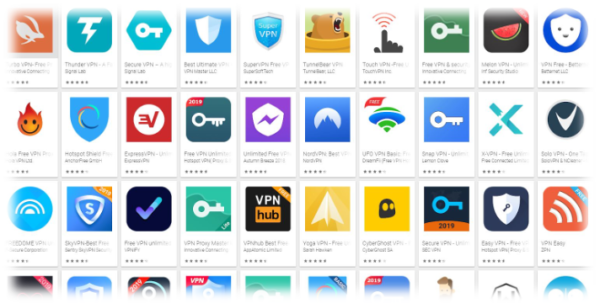 As the primary function of a VPN is to secure your online identity and activity by changing your IP address, the same feature works wonder against geo-restriction. Though most VPNs share the same working model, not all VPNs can unblock the geo-restriction barrier.

Even though multiple services claim that they work perfectly with Netflix, you need to experience the VPN service for yourself to check if the claim is accurate or not. The majority of the premium VPN services offer a 30-days free trial, so you can check out the services mentioned above and decide which one works for you the best.

When we talk about enjoying every show Netflix has to offer without the location restrictions, a VPN is a perfect choice. It is also important to note that though a VPN can help you unblock foreign Netflix libraries, not every VPN can do it. The anti-VPN software of Netflix is pretty advanced to detect the VPNs and block them, especially the free ones.

The only sure way to watch any show without the worry of geo-restriction is to subscribe to a premium VPN service. Just think about the number of shows you can access if you can unblock every major Netflix library. You can also save your money by not subscribing to multiple streaming services for watching few shows. A VPN is a one-time investment that can save money in the longer run.

It is also essential to understand that you cannot trust every VPN that claims that it can unblock foreign Netflix libraries. Free VPN are easily identified and blocked by Netflix, so you need to select a premium VPN service such as ExpressVPN, NordVPN, CyberGhost, PureVPN, or Surfshark.

WordPress Plugins Are Responsible for 98% of All Vulnerabilities

9 Smartphone Cybersecurity Tips You Should Know

Tips to Strengthen Cybersecurity when Living in a...

Items Every Gamer Needs To Get To Feel...

7 Must-have skills for a successful career in...

What Can Go Wrong With an IT Disaster...

Best ways to block cyberattacks in your business