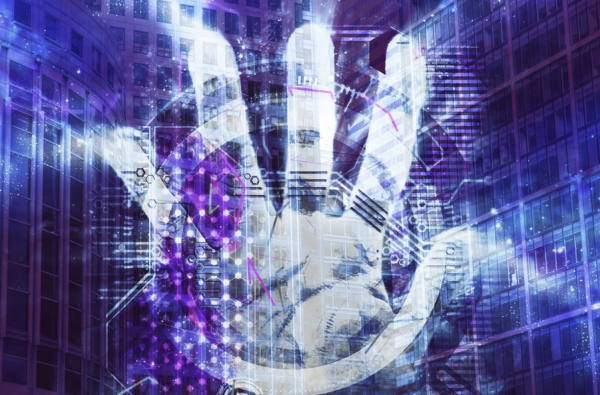 IBM has just released its predictions for cybersecurity in 2023, and one of the most notable items on the list is how threat actors are likely to sidestep new security technologies. “Almost as fast as the cybersecurity industry releases new security tools, adversaries evolve their techniques to circumvent them,” says IBM Security X-Force Head of Research John Dwyer.

This is nothing new, as threat actors have demonstrated their ability to defeat new cybersecurity technologies over the past years. However, it is likely that more sophisticated attacks will be used to keep up with the enhancements in endpoint detection and response systems as well as multi-factor authentication. There will be aggressive efforts to crack security systems that fare relatively well against more recent attacks.

Next gen SIEM vs the rapid evolution of threats

Introduced in 2005, security information and event management or SIEM provided a new system for handling cybersecurity by bringing together security log and event management systems. It has allowed security teams to more efficiently handle security data and respond to security incidents as they work on a unified platform that integrates related functions that used to be undertaken separately.

However, the evolution of cyber attacks is unstoppable, making it necessary for SIEM to advance to a new level of sophistication. The advent of next gen SIEM has been a long time coming. Organizations need a new system that addresses the vulnerabilities exploited by new and complex attacks, many of which are the result of copious hours of vulnerability scanning and meticulous strategizing.

Next-generation SIEM patches the holes of standard SIEM with an emphasis on the changing IT architecture of organizations and increased reliance on the cloud. As the adoption of new IT technologies and organizations maintain a wide range of assets and systems, IT and security management becomes more complicated. Not many can keep up with this growing complexity, especially with the ongoing cybersecurity skills shortage problem.

It is crucial to have in place a platform or system that makes it possible to comprehensively and efficiently oversee security operations in an organization. This does not necessarily mean discarding already existing security controls to use those supplied by a common provider. Instead, it entails the ability to integrate and make the most of all security controls and tools from different vendors with the help of advanced tech including AI and user and entity behavior analytics.

New generation security information and event management offers new features and functions that create significant benefits, especially in view of the rapidness of cyber threat evolution. The most notable ones are as follows:

Artificial intelligence – Two of the top benefits of next gen SIEM are the early discovery of threats and the reduction of alert fatigue. Both of these are made possible by the use of AI in security information and event management. The updated iteration of SIEM is capable of promptly detecting attacks or the precursors of such attacks including zero-days because of user behavior analysis and predictive analytics. Cybersecurity systems do not need to wait for the latest threat intelligence updates to detect something as harmful or potentially malicious.

Threat detection is not only based on constantly updated threat intelligence but also on benchmarks of normal behavior. There is continuous activity monitoring to examine if everything is operating normally or if there are actions that can be considered anomalous or suspicious. Not everything can be dealt with using this automatic continuous monitoring system, but a vast majority of the threats can be handled through this efficient process.

Moreover, the addition of AI to next gen SIEM drastically reduces the problem of alert fatigue. Security information and event management can automatically sort out most alerts through correlation and other methods of determining the right ways to address security notifications and incidents. False positives are also significantly lessened by using AI to harness Big Data, open source, and proprietary threat intelligence, cybersecurity frameworks, security policies, and other criteria.

Unified data management and security operations – The seamless interweaving of multiple functions, data handling, and event managemen,t in particular, is already embedded in SIEM’s DNA. However, it needs to develop further to become even more efficient, given that organizations nowadays tend to use multiple security controls from different vendors and employ different forms of security data and policies. Big Data also plays a key role, as organizations attempt to collect as much security information as possible.

Next gen SIEM ensures that the enormity and massiveness of security do not become a problem. All the relevant data from various sources including log parsers, network sensors, and API connectors are brought together under a unified platform with a common interface for easy access, oversight, and response.

Additionally, next gen SIEM is designed to be cloud-native. It can serve as a single platform for network detection and response, automated response, user and entity behavior analytics, and threat intelligence aggregation compatible with cloud-based systems.

Flexibility and scalability – The emphasis of next gen SIEM on being cloud-native also creates crucial flexibility and scalability benefits. Organizations do not have to go through issues concerning storage inadequacy or the inability to swiftly adjust infrastructure based on current requirements. Additionally, the security data volume challenge is addressed by the inherent compatibility or interoperability with Big Data infrastructure.

Next-generation SIEM is designed to work with on-premise, cloud, and hybrid setups. It supports the establishment of granular access controls and setting up of tenant structures that may be needed in certain situations. It works with security controls or tools that readily adapt to growing infrastructures that become more complex over time.

Will next gen SIEM also be outpaced by threat evolution?

There will never ever be a perfect solution against evolving cyber threats. Next generation SIEM offers a significant upgrade over its predecessor, but it is by no means capable of addressing all the new cybersecurity challenges organizations are bound to encounter. What’s reassuring to know is that next gen SIEM does not have a fixed or final form. It also continues to grow in response to threats. The question, though, is whether its growth is fast enough to outmatch the threats.

Cybersecurity providers are expected to perennially devise new ways to address new attacks and anticipate attacks before they can bring about any damage. However, not all security providers are the same. This is why it is important to remember that cybersecurity product labels or categories should not be the basis in choosing the solution to get. Labels are not as important as the features and functions. Different next gen SIEM vendors offer different sets of functions. Organizations can also establish their own bespoke platforms based on the attributes associated with next generation security information and event management.

Malwarebytes or Webroot Antivirus: Which One to Choose?

Strategies for Managing Security Posture and Protecting Data Against Ransomware