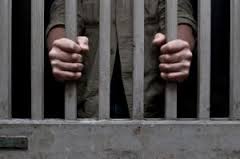 Hackers face being locked up for life if their cyber attacks result in people dying or being seriously injured under the Government’s proposals which were unveiled in the Queen’s speech yesterday.

The move comes amid increasing concern that internet terrorists – or even a lone hacker working from their bedroom – now have the potential to disrupt food supplies, telephone networks and even energy supplies by using the internet.

Ministers believe that current 10 year sentence is too lenient and does not reflect the potential damage to people and the economy posed.

The threat has grown as businesses and government become more reliant on the internet – making attacks with ‘serious consequences’ more likely.

The move brings Britain into line with the US, which brought in life sentences for malicious computer hackers in the wake of September 11.

There would need to be a ‘significant link’ to the UK for a prosecution.

Last year three British men in their twenties who were part of the ‘Anonymous’ hacking collective were jailed for between six and 22 months after launching attacks on online services including PayPal, Visa and Mastercard. The attacks were conducted in support of Wikileaks, the whistle-blowing website.

NSA Collects Your Selfies for Its Facial Recognition Program