One of the tools we’ve leaned on heavily in some of our lab testing of software privacy and security is Kali Linux. The Debian-based operating system comes packaged with a collection of penetration testing and network monitoring tools curated and developed by the security training company Offensive Security. Today, the Kali developer team and Offensive Security released a new Kali project that runs on a Google Nexus device. Called NetHunter, the distribution provides much of the power of Kali with the addition of a browser-driven set of tools that can be used to launch attacks on wireless networks or on unattended computers via a USB connection.

“Our NetHunter images support programmable HID keyboard attacks, (a-la-teensy), as well as “BadUSB” network attacks, allowing an attacker to easily MITM an unsuspecting target by simply connecting their device to a computer USB port,” the Offensive Security team said. “In addition to these built in features, we’ve got a whole set of native Kali Linux tools available for use, many of which are configurable through a simple web interface.” 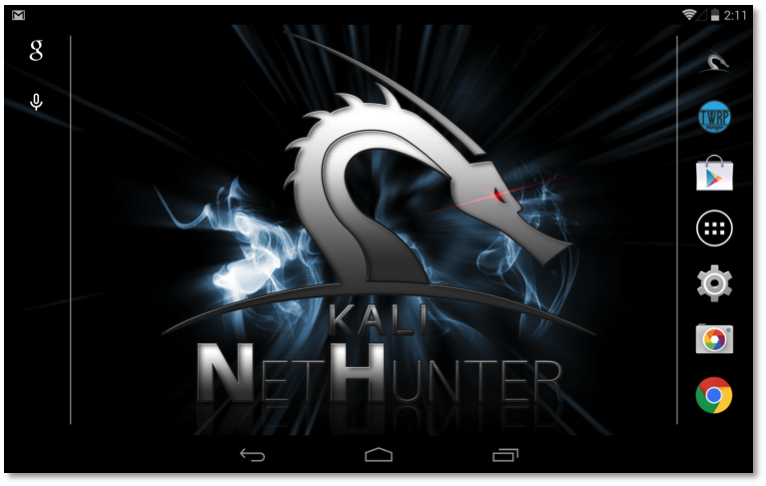 “In addition to these built in features, we’ve got a whole set of native Kali Linux tools available for use, many of which are configurable through a simple web interface.”

Complex configuration files could be managed through a local web interface which together with 802.11 injection and a pre configured VPN service made it a “formidable network security tool” or “discrete drop box”, Offensive Security adds.

The official Kali NetHunter images can be downloaded from the Offensive Security NetHunter download page.

7 Ways to Protect Your Business From Phishing...