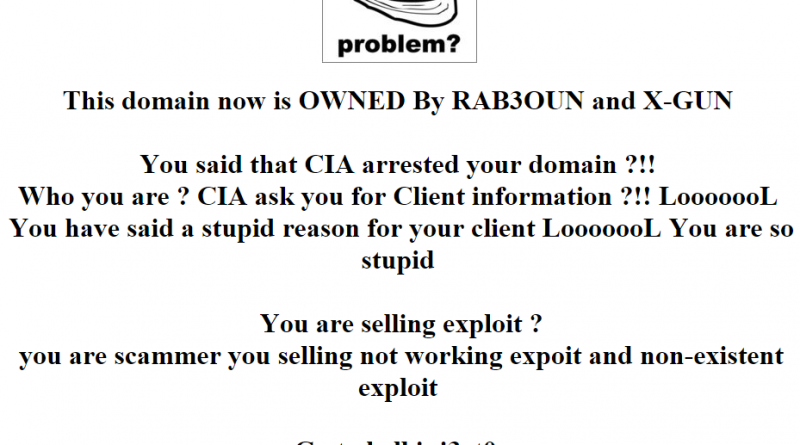 Famous website named 1337day .com has been hacked by hackers called Rab3oun and X-Gun. 1337day.com is also called as Inj3ct0r.

CIA arrested 1337day Domain because we refused to give personal information of our users.We will always protect the security of our users 🙂

And later on they posted another tweet saying they got hacked

CIA felt helpless. After unsuccessful attempts to get Bitcoin,they changed our page.To divert suspicion from himself. pic.twitter.com/QgSdswltqU — inj3ct0r (@inj3ct0r) June 9, 2015

1337day.com is now defaced by two hackers named Ra3boun and X-Gun and leaving a message saying

You said that CIA arrested your domain ?!!
Who you are ? CIA ask you for Client information ?!! LooooooL
You have said a stupid reason for your client LooooooL You are so stupid

You are selling exploit ?
you are scammer you selling not working expoit and non-existent exploit