Just a few years ago, AMD used to be the major contender to the Intel in the processor market. It was even the first choice for many hardcore gamers and PC enthusiasts. And then, the core series from Intel happened and the sales of AMD has come down. But, fear no more, after their long gap, the company is back with a new range of pretty powerful processors which could change the market as of now. AMD Ryzen 7 even tries to change the “Budget PC” tag assigned to the AMD.

Based on the AMD’s highly hyped “Zen” architecture, the 16-thread with 8-core Ryzen 7 is the first round of a completely new processor family with intentions of shattering the industry and finally creating some much-needed competition in the enthusiast CPU arena. But is all that hype real? We have spent weeks under the hood, comparing the latest Ryzen 7 vs Intel benchmarks to see if performance of the Ryzen really stands up. Read on to learn more.

Below we have provided a chart pulled from the 3D Mark, which is one of the best benchmarking software available in the market. We chose the Ryzen 7 1700X to compare as it’s the middle of the road option between the 1800X and1700. Check out what we found (higher is better). 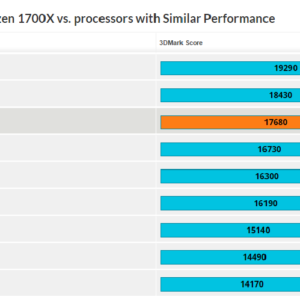 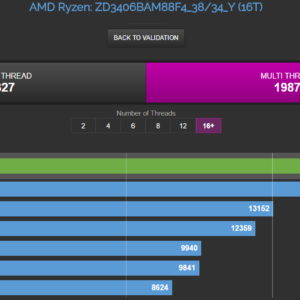 As you can see, our numbers clearly show that the 1700X up tops the i7-6900K in the raw multithreaded performance catogery. That is impressive in and of itself, but when you consider the fact that the 6900k retails at a whopping $999 vs the $329 price tag of the 1700X, these numbers starts to make more sense The value per dollar ratio is simply undeniable here.

Judging by these benchmarks, Ryzen 7 is more than competitive with Intel’s Broadwell-E. At less than half the price of comparable models, we’re comfortable calling Ryzen 7 the best bang for the buck processor option currently available. Welcome back, AMD! The CPU market just got a whole lot more interesting.