Blackberry Hack: When Hackers Used The Site to Mine Cryptocurrency 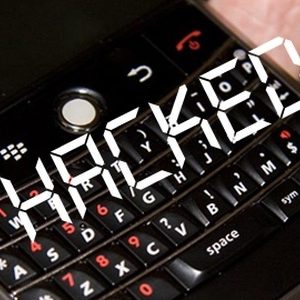 As cryptocurrency spread its roots globally, the ways of illegally earning or ‘mining’ it are also becoming advanced and much more sophisticated.

Blackberry mobile’s website recently became a victim when hackers used it to illegally mine cryptocurrency.

With Bitcoin and other cryptocurrencies gaining popularity, hackers are finding newer ways to mine. They have now started to hack website and use servers to mine digital currency.

How The Mining Works

The processing powers of computers is utilized by cryptocurrency miners to solve compound and complex mathematical problems and calculations .

Bitcoins or other cryptocurrencies are provided as payment to the miners for ‘their’ calculations.

Mining requires CPU memory, which is limited, so hackers find victims and hack into their computers to use their memory to mine.

This time the Blackberry website was being used to mine Monero, a digital currency that is quickly growing.

The hacker hacked into visitor’s computers to mine Monero by using CoinHive codes, the Monero mining script service that was found embedded in the code of the website.

This Blackberry hack issue was discovered by a Reddit user Rundvleeskroket.

CoinHive later apologetically explained on Reddit that a vulnerability in the Magneto webshop software was used to hack the Blackberry website by one of their users, whose account, after the discovery, was terminated for violating the terms of service.

According to CoinHive, a number of different websites were also hacked due to the vulnerability in the Magneto webshop software.

Later in the same month, the technique spread to Android apps, and it seems that the list of victims is constantly growing.

While Blackberry has removed the code and the site is now safe to use, it is unclear how many visitors had to face the burn due to this Blackberry hack incident.

Cyber Defenders Being Prepared Across Ohio

Lenovo researchers have found a backdoor in RackSwitch and BladeCenter switches