Your Smart TV Can Get Hacked, Here’s How to Protect It 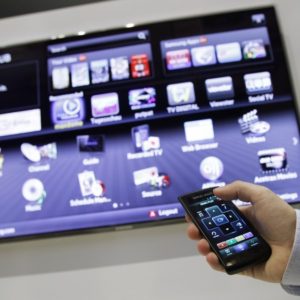 Security holes found i smart TVs could lead to the exploitation of vulnerabilities in hundreds of thousands of Samsung and Roku products.

This discovery was made after tests conducted by the Consumer Reports.

According to them, even a unsophisticated hacker might be able to hack into a victim’s smart TV, even from miles away. This would give the hacker the ability to change channel and even change volumes on the device.

A smart TV is a great invention that allows users to access the internet and even use online websites such as YouTube and Netflix on their televisions; But, the facility of accessing the internet exposes the smart TV users to the mischievous and malevolent intent of hackers.

According to reports, the problem was found in the Application Programming Interface (API), a program that enables developers to make their own products for Roku.

It was discovered that Roku devices have an unsecured remote control API, enabled by default. This puts all Roku devices at a great risk.

On the other hand, the apparent security gap found in Samsung’s technology could only be exploited if the smart TV user had previously linked a remote control application on a mobile device with the TV, and then accessed a maliciously infected  webpage using that device.

These precautionary tips are recommended to restrict data collection and avoid getting hacked:

With these you will be able to restrict hackers from infecting your smart TV.

Emotet Has Taken Down – Should I Still...