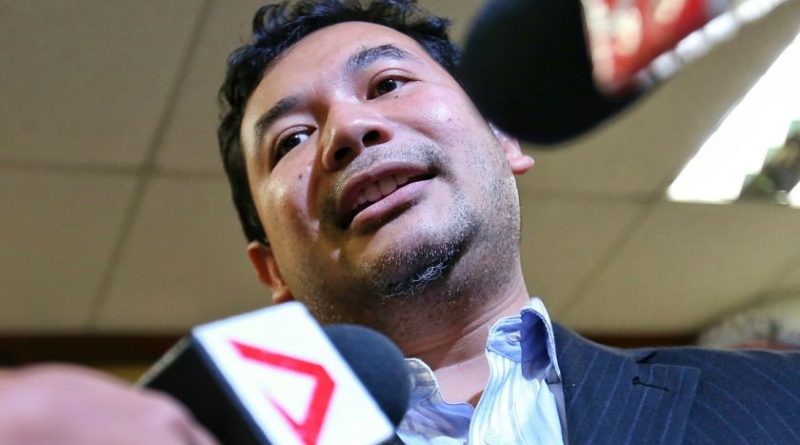 Malaysian Politician and Vice-President of the Peoples Justice Party (PKR) Rafizi Ramli claims that his website has been hacked and all the contents of the website have been removed.

In a statement given out yesterday, he said that he was informed of the cyber-hack by the blogs hosted service provider.

He stated, “At 10am today, my blog Rafiziramli.com that contains hundreds of documents could not be reached. I was informed by members of the public who wanted to read the documents (but could not).

I reported the issue to DataKL.com which is the company that hosts my blog.

At 4:04pm today, I received a reply from DataKL.com saying my blog had been hacked and all information in the blog had been removed,”

He added claiming that this was the first time his blog has been hacked to this extent. When Rafizi sent in this statement at 4:30PM to the press, his blog only showed a white page to any who tried to access it.

However, at 5:30PM when Malaysiakini checked the website again, it was accessible. Rafizi also claims saying that both his personal and work phone line were hacked as well.

He added saying, “People have been sending us messages and calling us to no end.

I managed to speak to one of those who called me and found that my number was then hacked, and used to send out many messages that were critical of Pakatan Harapan.” Pakatan Harapan is a political coalition in Malaysia of which PKR is a part of the alliance.

He also claimed that the largest political party in Malaysia, Barisan Nasional (BN) may be the source of the hack, “There is logic to suspect that the BN election machinery is responsible for hacking my blog and wiping out hundreds of official documents and financial statements about the country’s main scandals.

Does the BN election machinery feel worried that if the video went viral, it would give a clear picture of how all these scandals came from these financial statements,” in reference to a video published on his Facebook page accusing the current Prime Minister and his party of corruption. He also states that should his party win in the polls today then the hack will be “thoroughly” investigated.

But what do you think; is this hack real, potentially instigated by a political party concerned as to accusations of corruption or has this apparent hack been created as a means to publicize a video which may damage the other party so close to polling.