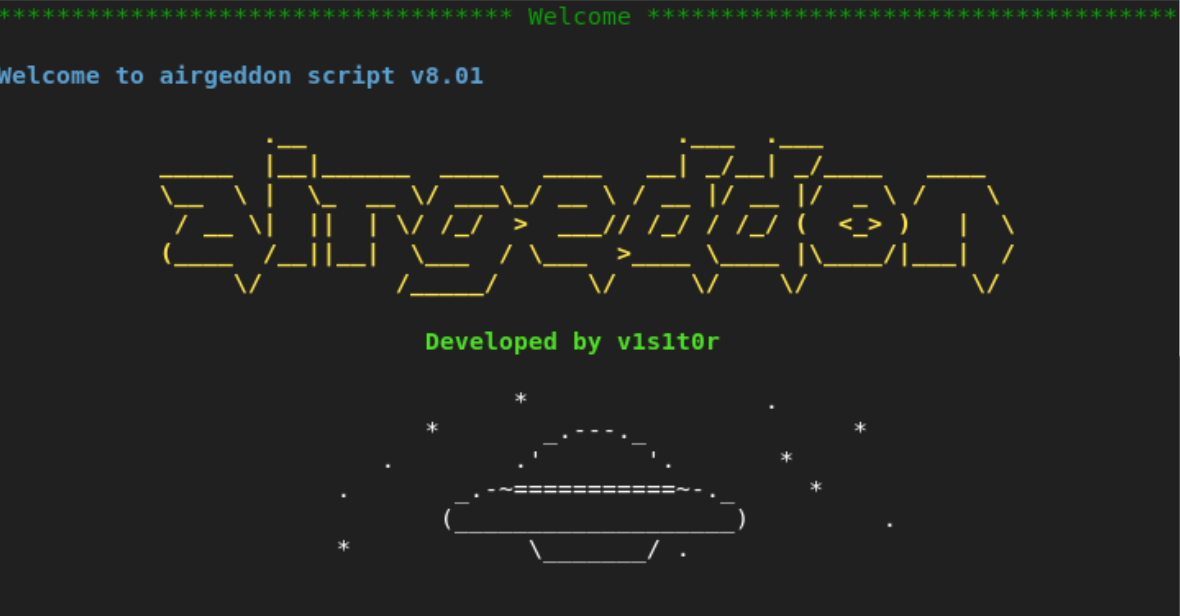 Today LHN have been looking at Airgeddon, on initial inspection it seems to be a multi purpose all-in-one Swiss army knife tool for hacking WiFi, the tool is pretty extensive, with over 11 thousand lines of bash goodness. This tool is free to download from GitHub and supports multiple Linux based platforms.

So what does it do?

The tool supports multiple methodologies for hacking WiFi, some of which include:

Cool!, any other features?

Other notable features include:

What platforms can it run on?

The tool is compatible on any Linux distribution that has the necessary tools installed needed to run. ideally Kali would be the best candidate for running it out of the box, but it can be run on Arch if you enjoy a challenge, the script will check for any tool dependencies it is missing when first run.

As you might expect with any bash script related tool, it offers intuitive menus and options that could allow even the most harebrained skiddy a way to easily perform a wide range of Wifi attacks… nice!.

Here is an example of one of the menus offering WPS hacking options: 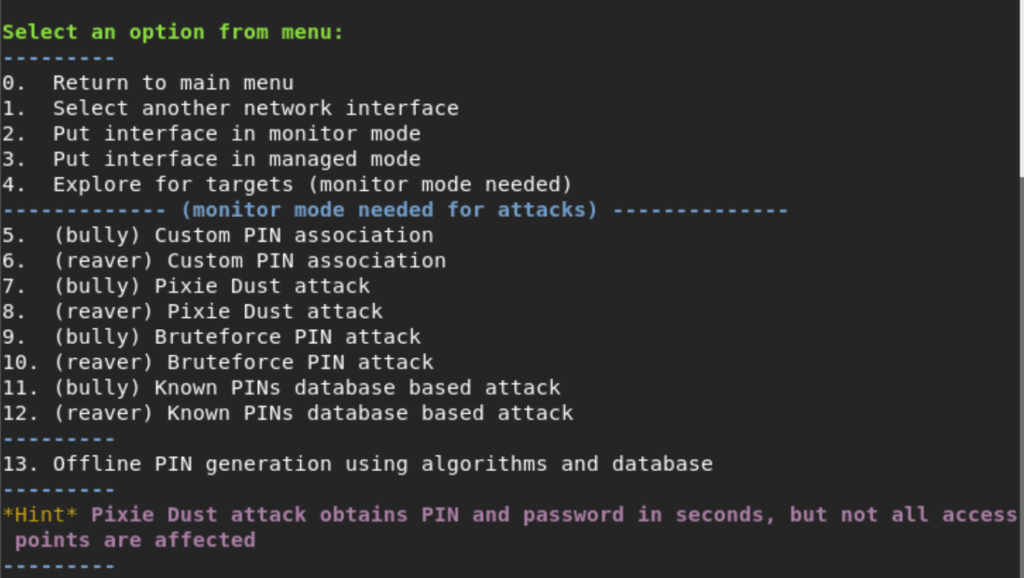 Script kiddy jokes aside, the tool does offer a wide range of methodologies for performing WiFi hacking engagements in a concise manner. We liked the simplicity of the interface and additional features that take the donkey work out of capturing handshakes and running multiple tools individually. Try the tool for yourself HERE.

If you would like learn all about WiFi hacking from the ground up, we have a 7.5 hour online course with a totally bonkers discount. Get it HERE.
Get in touch with us via the contact form if you would like us to look at any other GitHub ethical hacking tools.
2.9k
SHARES
ShareTweet
airgeddonhacking toolswifi hacking tool
0 comment 0 FacebookTwitterPinterestEmail

Beware Windows 10 Users – Zacinlo Malware Will Bombard You With Ads And Spy On You!