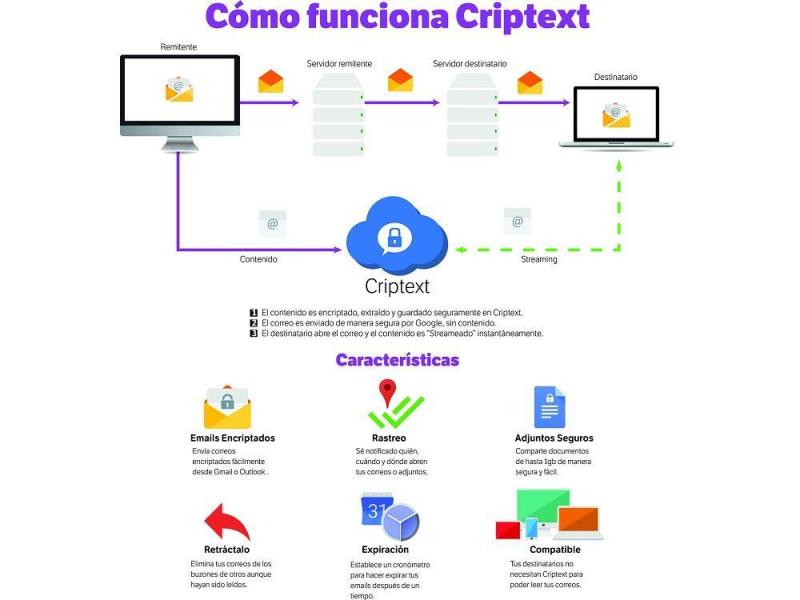 Since the Facebook Scandal many users over the world have been searching for a more secure medium to communicate. Criptext has announced a new email application that cares about privacy.

All the data of the user will be stored on the device, not on their servers. The application is using the Signal Protocol Library to encrypt every email to guarantee the privacy of the user.

The signal protocol library uses non-federated end-to-end encryption which is commonly used in voice, video calls and instant messaging applications. The protocol is a completely open source which was developed by Whisper and used in the TextSecure Application. Many companies took advantage of this protocol such as WhatsApp etc.

The protocol uses the Double Ratchet Algorithm and Triple Diffie-Hellman (3D) Handshake. It also uses the Curve25519, AES-256 and SHA256 as the methods for encryption of data on the device.

There are a lot of features out of the box in the application such as the ability to Unsend-Emails and Real-Time Tracking. The application is a completely open source and also provides the best email experience for the Email users with privacy in mind.

The application is still in the Beta Phase, you can download it on your Android, iOS, Linux and Mac Devices.

“For the first time the world has an email service that is built entirely around protecting people’s privacy. So what makes it so special? Well, among many other things, Criptext doesn’t collect your data in its servers. Instead, your entire inbox is stored in your device alone. What’s more, Criptext uses the open source Signal Protocol library to encrypt each email from end to end,” writes Mayer Mizrachi, CEO & Founder, Criptext.

Only 48% of the companies do proper security vulnerability testing