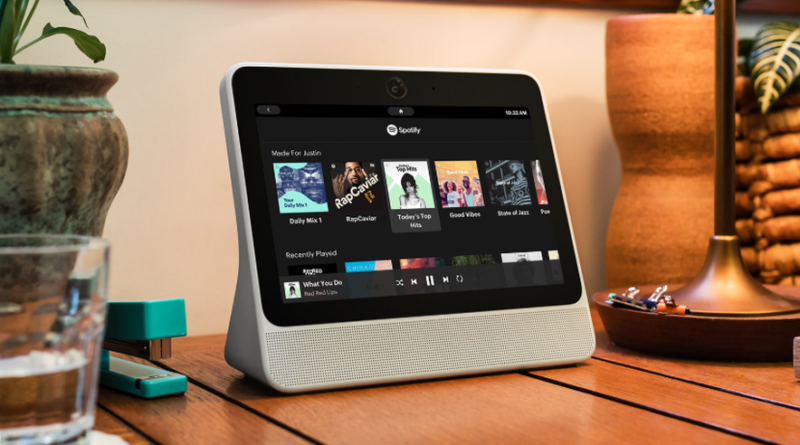 Facebook’s ad targeting and the subsequent data collection strategies have already enraged users. Recently, we learned how Facebook stretches out its authority over phone numbers used for two-factor authentication by the users, for ad targeting.  And now, Facebook seems geared up to collect users’ data through a brand new method. This time, it may use its latest launch Facebook Portal, for the purpose.

Facebook Portal is an amalgamation of smart camera and home assistant technologies. Leveraging the power of artificial intelligence, the device facilitates users by providing a convenient video call experience. The camera repositions itself and zooms automatically, using AI, to keep a moving person in focus. It also reduces background noise for an enhanced audio experience during calls. Users can easily make these calls by connecting the device with their Facebook accounts.

It also provides a completely hands-free experience by integrating voice assistance in it. Users can simply say “Hey Portal” to start calling. Plus, it has Alexa integrated into it to provide you with comprehensive voice assistant functionalities.

Facebook Portal May Use Your Data For Ad Targeting

Two weeks ago, Facebook announced the launch of a new product that will facilitate video calling. The product, which they called Facebook Portal, seems a blend of voice assistants and smart home cameras in features and specifications.

The launch of such a product amidst the investigations for the massive account hacks appears ironic. At the launch, Facebook claimed it to be a device that won’t prey on users’ data. Nonetheless, the Facebook execs later took that statement back.

At the time of the release of Facebook Portal, the firm stated that the device won’t be used for collecting users’ data. Their statements read,

“Facebook doesn’t listen to, view, or keep the contents of your Portal video calls. Your Portal conversations stay between you and the people you’re calling. In addition, video calls on Portal are encrypted, so your calls are always secure.

For added security, Smart Camera and Smart Sound use AI technology that runs locally on Portal, not on Facebook servers. Portal’s camera doesn’t use facial recognition and doesn’t identify who you are.

However, recently, Facebook executives decided to clarify the matter, unknowingly making it more confusing. According to Facebook’s spokesperson’s statement to Recode,

“Portal voice calling is built on the Messenger infrastructure, so when you make a video call on Portal, we collect the same types of information (…) that we collect on other Messenger-enabled devices. We may use this information to inform the ads we show you across our platforms. Other general usage data, such as aggregate usage of apps, etc., may also feed into the information that we use to serve ads.”

“I think [my colleague] was intending to say that we don’t intend to use it. Potentially, it could be used.”

He further added that since Portal presently doesn’t run ads, ad targeting does not appear to be a purpose here.

Although Camargo explained that ad targeting isn’t the purpose for the Portal as it does not run ads. However, one cannot rule out the chances of exploitation of this data by Facebook for its other services, such as the Facebook app. Moreover, one can also not overlook the chances of launching ads on Portal any time in the future. The way in which Facebook appears facilitating the advertisers is quite alarming.

Are you going to buy Facebook Portal? What are your thoughts regarding Facebook’s possible data collection and ad targeting through this product? Do share with us your thoughts in the comment section below.