The 10 Year Challenge, is it a Ploy to Train Facebooks Facial Recognition Technology? 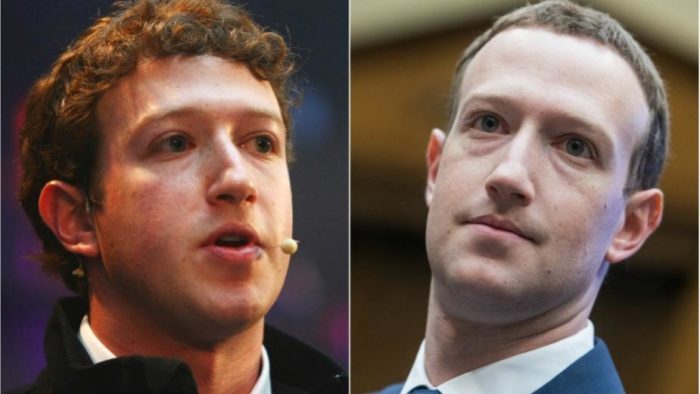 You all must have heard of the trending 10 year challenge, right? It’s the same challenge making people obsessed with sharing an old and a new picture together. Ever wondered what made this so popular? What’s the reason behind this weird challenge? Let’s scratch the surface!

Things were going seemingly smooth about the 10-year challenge, and people kept sharing their photos happily until a tweet by Kate O’Neill brought up a twist.

Me 10 years ago: probably would have played along with the profile picture aging meme going around on Facebook and Instagram
Me now: ponders how all this data could be mined to train facial recognition algorithms on age progression and age recognition

The tweet got a lot of attention, and, together with her article, Kate O’Neill shared her speculations about the 10 year challenge meme flooding Facebook and Instagram. She revealed that the meme may not be as harmless as it seems. Rather Facebook has actually triggered this trend in an attempt to train their facial recognition algorithm by collecting a large number of photos. While some claimed that Facebook doesn’t have to start such memes since it already possesses all the data. Yet, she explained how easy it would become to pick out the required data via hashtags – that too – covering a span of 10 years.

She wrote in her article,

“Thanks to this meme, there’s now a very large dataset of carefully curated photos of people from roughly 10 years ago and now… some critics noted that there was too much crap data to be usable. But data researchers and scientists know how to account for this. As with hashtags that go viral, you can generally place more trust in the validity of data earlier on in the trend or campaign—before people begin to participate ironically or attempt to hijack the hashtag for irrelevant purposes.”

However, as stated by her, Facebook officials denied their involvement in this activity.

“This is a user-generated meme that went viral on its own. Facebook did not start this trend, and the meme uses photos that already exist on Facebook. Facebook gains nothing from this meme (besides reminding us of the questionable fashion trends of 2009). As a reminder, Facebook users can choose to turn facial recognition on or off at any time.”

Before delving into the details of Facebook’s facial recognition, let’s see if Facebook really has no interest in gathering photographs!

When Mark Zuckerberg started Facebook (precisely, as “TheFacebook”), it served as a platform for mutual interaction. However, from his early chats retrieved from 2004, one can clearly see how excited Zuckerberg was regarding all the data he had. For a quick reference, we share the messages.

Zuckerberg: Yeah so if you ever need info about anyone at Harvard

Zuckerberg: I have over 4,000 emails, pictures, addresses, SNS

[Redacted Friend’s Name]: What? How’d you manage that one?

Zuckerberg: They “trust me”

Even at such an early stage, he managed to gather a huge data that also included pictures.

After a few years, in 2012, Facebook acquired Instagram for $1 billion. In his statement, Zuckerberg revealed the motive behind acquiring the popular photo-sharing app for such a hefty price.

Although, this sounds a pretty humble statement, ever wondered why Facebook had so much interest in Instagram only? Probably, because of the huge database of photos on this app.

The #10yearchallenge meme also revolves around the same Facebook interest – photos. This trend has made users upload even those pictures which they might haven’t uploaded earlier. Likewise, the young and new users who haven’t shared many pictures online, are uploading their older photos. For instance, a 19-year-old new FB user would share his childhood pictures which Facebook could not obtain otherwise.

Facebook had been working on facial recognition and AI for quite some years. It formally announced in 2010 about using this technology for “making photo tagging easier”. In 2017, it launched an identity management feature to the users using the same technology. Explaining about it in the official statement, Facebook revealed,

“Powered by the same technology we’ve used to suggest friends you may want to tag in photos or videos, these new features help you find photos that you’re not tagged in and help you detect when others might be attempting to use your image as their profile picture.”

Regarding how this technology works, they elaborated,

“Our technology analyzes the pixels in photos you’re already tagged in and generates a string of numbers we call a template. When photos and videos are uploaded to our systems, we compare those images to the template.”

So, this makes one thing quite clear – Facebook has all the pictures templates stored with them already. In fact, they are already using those photo templates for their technology. When Facebook can use its tagging feature to gather photo data, then why can’t it use meme or hashtags to gather another bulk dataset?

Whether Facebook possesses all the pictures or not with this 10-year challenge trend, it surely is getting a lot of precise information with time labels. Apart from the funny and junk posts using this hashtag, a lot of people have already uploaded their genuine old and new photos. This certainly gives Facebook a good opportunity to exfiltrate large data sets, and exploit it for training Facial Recognition, particularly for age progression.

As for the junk, O’Neill explained how easy it is for Facebook to filter those pictures.

“As for bogus pictures, image recognition algorithms are plenty sophisticated enough to pick out a human face.”

So, What’s The Gist?

Well, none of us have got any evidence or concrete statements from Facebook officials in the favor/rejection of the accusations. Precisely, after O’Neill’s opinion got traction, Facebook simply denied its involvement in the meme in a one-line tweet.

The 10 year challenge is a user-generated meme that started on its own, without our involvement. It’s evidence of the fun people have on Facebook, and that’s it.

Though, it is possible that Facebook may have no practical involvement in the meme. But, the way this trend became viral is somewhat suspicious. Indeed, it is one of those very few trends that have captured the whole world – crossing any geographical, ethnic, or age limitations. Secondly, one may not expect such an informal denial (ironically, on Twitter) by Facebook against such strong allegations. Especially, after being hit by a number of data exfiltration scandals, such as Cambridge Analytica, Facebook should at least give a proper explanation, including details of the progress with their facial recognition software.

Step back – that’s all we recommend! Well, you are not obliged to take up every challenge – even for fun. Definitely, you would have stepped back from several threatening challenges in your life. So, why not drop this 10 year challenge too? While we don’t have any concrete evidence suggesting any conspiracies behind this meme for now, we never had any proof against Facebook’s malicious practices in the first place in the past either. It took a lot of time for the researchers to dig out the facts. Perhaps, you won’t be happy to know about the abuse of your photos later on. Therefore, abandoning this idea entirely seems a viable option in such a dubious situation. Or, if you really deem it important to take up this challenge, perhaps you may share some funny images.

On a lighter note, we have shared some memes below from people who have explored the comedic side of the challenge: 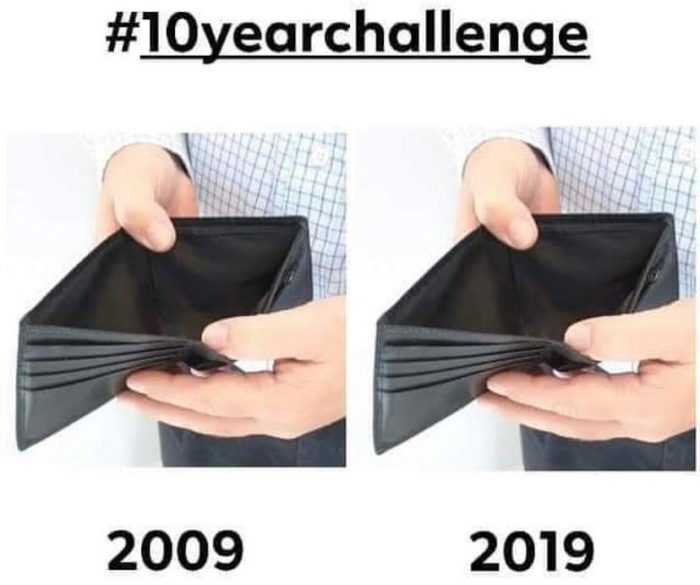 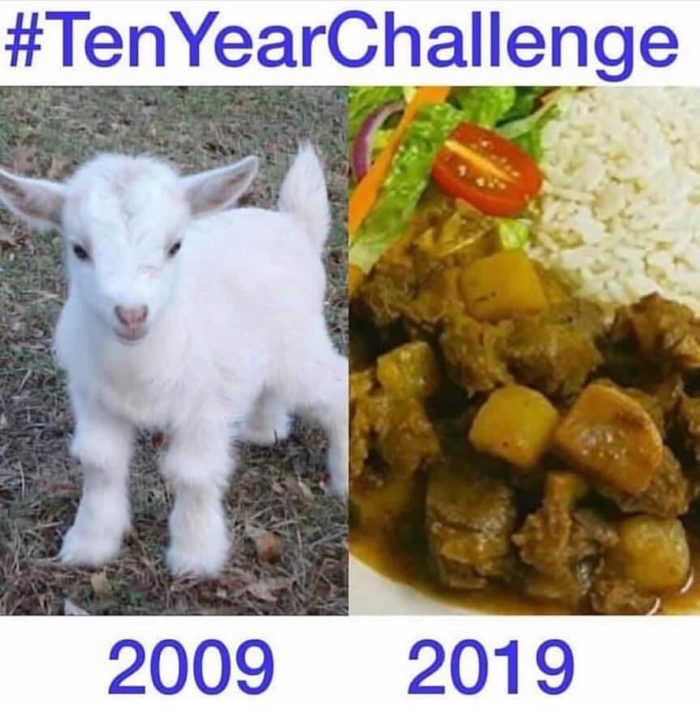 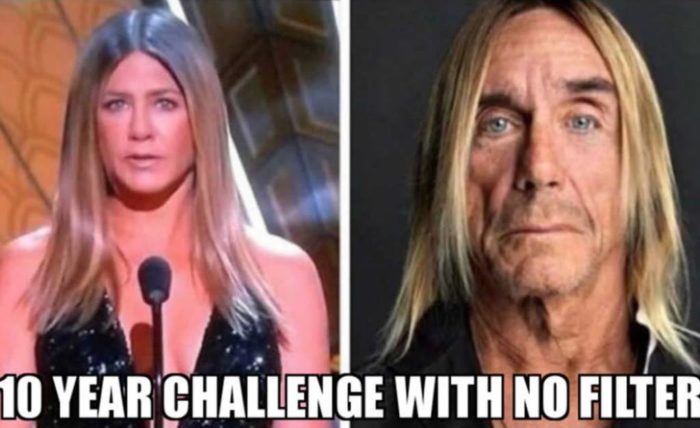 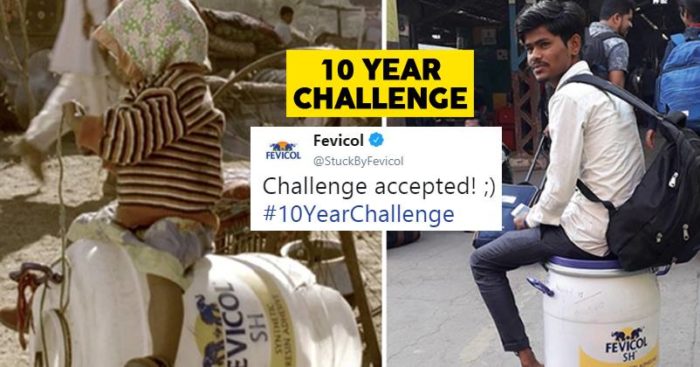 And, this one is a killer! 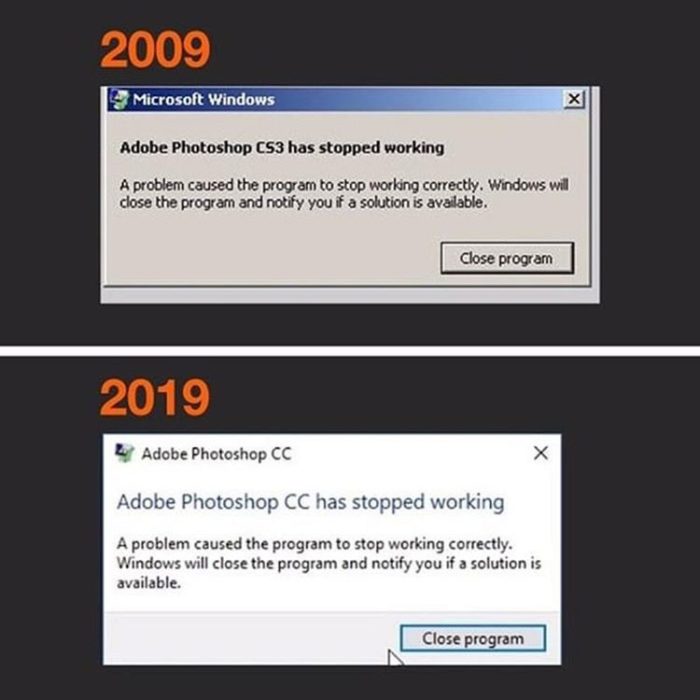 What do you think of this 10 year challenge? We’d love to hear your thoughts/opinions about it.