Reports surfaced revealing Facebook were paying individuals to permit it to watch everything they were doing. This action was allowing Facebook to access personal data of Apple customers, some of which were minors. Facebook stated it created the product to conduct market research on 13-35 years olds about the use of their phones. It’s developers app, Facebook Research, was able to install on Apple’s customers’ devices through the enterprise digital certificate. Bypassing the store meant that it did not undergo Apple’s usual vetting process. This was a violation of Apple’s developer rules and consequently, it revoked Facebook’s certificate. Apple granted facebook with the certificate for its internal use for developing services, and not for use with customers.

Apple takes transparency seriously as it also revoked another certification given to Onavo Protect which collected data for a different purpose than initially stated. Another interesting fact about this app is that Facebook also developed it. The purpose was to provide free VPN services. However, the app additionally used the data for other purposes. This app even collected customer data when the app was turned off. The app can still be found on the Google Play store. 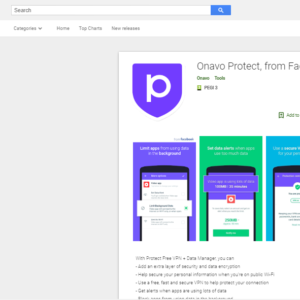 Onavo Protect now informs users of the apps intended use. 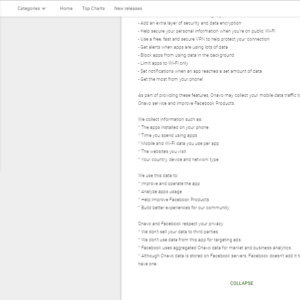 The consequence of the revocation means Facebook cannot carry out internal testings on their iOS apps which is a big hindrance. Facebook employees are not happy with this outcome. Apple have responded with the following statement:

A Review Of Cyclonis Password Manager – Manages Your Passwords For Free!