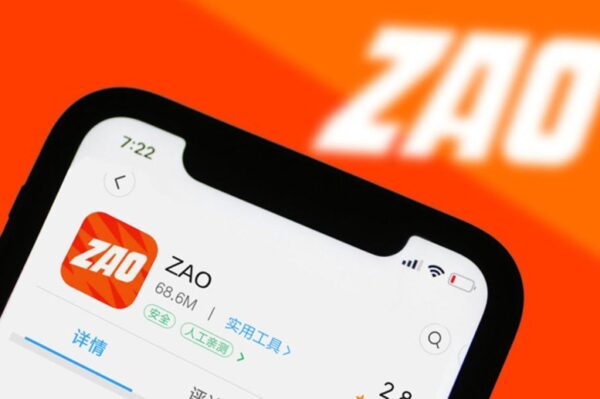 After FaceApp, a new Chinese app is going viral among users. Named ‘Zao’, the app leverages deepfake technology offering face swapping. While the app is apparently fun to use, it also raises serious security concerns.

Reportedly, a new Chinese app ‘Zao’ has become the latest craze among the users. Leveraging the deepfake AI, Zao allows the users to swiftly and smoothly swap their faces in any video.

Zao primarily works over users’ selfies. With a single picture, it can swap the intended face in any video with that of the user. Then, using deepfake AI, the now edited video shows the user’s face mimicking the original movements of the character, such as the actual facial expressions and eye blinking.

A user has shared a demonstration of this app online about how it works.

The developers launched the app in China, and, since then, it has gone viral. Within a few days, the app succeeded in gathering a large chunk of users.

However, apart from the entertaining aspect of the application, the product has also triggered various concerns among the netizens. Although, the app presently seems in its infancy as it works on some preselected video clips. Nonetheless, the app’s privacy policy typically benefiting the developers has raised questions.

Gladly, it seems the enrage had compelled the developers to revise their policy. According to the user Allan Xia, the controversial phrase is no more there.

You're right, that's what sparked the debates amongst netizens in China. In response, #Zao's terms have been updated yesterday to remove the “completely free, irrevocable, perpetual, transferrable, and re-licensable rights” phrase and an account deletion function has been added. https://t.co/StMtsopkTb

Yet, even after the change in the app’s privacy, the concerns aren’t over. There still remains one more thing that you should be concerned about, Deepfake driving the app.

Why You Should Worry About Deepfake

Deepfake isn’t a new technology. It has been around for at least a couple of years. The term is specifically a hybrid of ‘deep learning’ and ‘fake’ – depicting the artificial intelligence behind it. Even after its inception for some time, it gained popularity only recently (even among the general public) owing to various apps using it such as FaceApp.

Although, these apps apparently provide entertainment to the users. However, the capability of the technology behind these apps to swap faces in any media, artificially create videos from pictures, and change the facial look almost seamlessly, is alarming.

With such seamless editing, it becomes difficult to distinguish between the genuine and forged media. Consequently, it bears numerous cons, particularly when a mad technologist exploits it. For instance,

Although, people are working towards creating software for identifying fake content, such efforts are of  little when the only aim of a malefactor is to disseminate fake content. By the time someone validates an image or a video, the internet would be flooded with the fake version.