Apple Patched AirDos Vulnerability With iOS 13.3 Along With Other Security Fixes

Apple has rolled out iOS 13.3 this week. With this iOS update, Apple has fixed numerous security bugs including AirDoS vulnerability allowing DoS attacks on nearby devices.

Reportedly, a researcher Kishan Bagaria found a simple yet troublesome bug affecting Apple iPhones and iPads. Describing his findings in a blog post, the researcher explained the ‘AirDoS’ vulnerability that allows targeting nearby devices.

In brief, the bug existed in the AirDrop feature, specifically, in the way it handles an incoming request. A potential attacker could simply spam a nearby iPhone or iPad with AirDrop share popup. Doing so would eventually create a DoS state on the target device. As Bagaria stated in his blog,

This share popup blocks the UI so the device owner won’t be able to do anything on the device except Accept/Decline the popup, which will keep reappearing. It will persist even after locking/unlocking the device.

Depending upon the target device’s settings, anyone who had allowed for AirDrop sharing (either everyone or contacts), could suffer this attack.

Bagaria has shared the PoC on GitHub, whereas, the following video also demonstrates this attack. 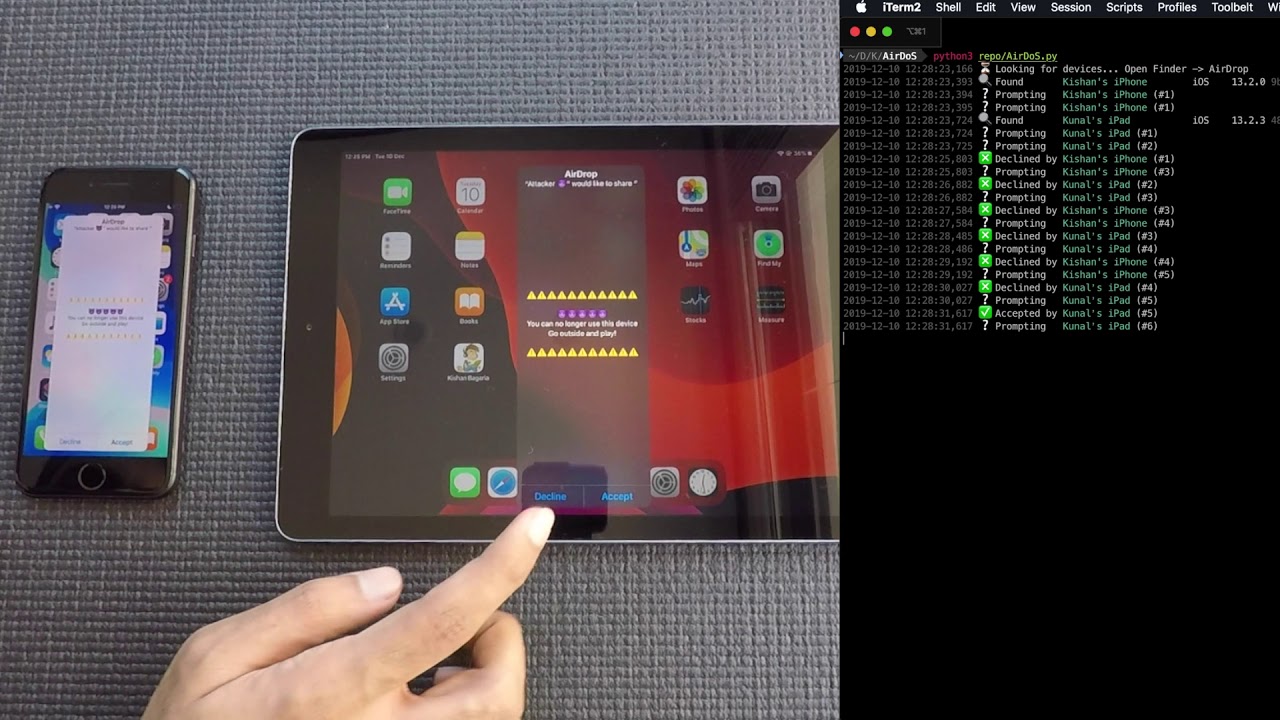 After discovering this AirDoS vulnerability, the researcher reported it to Apple who have now patched the bug with iOS 13.3 and iPadOS 13.3. 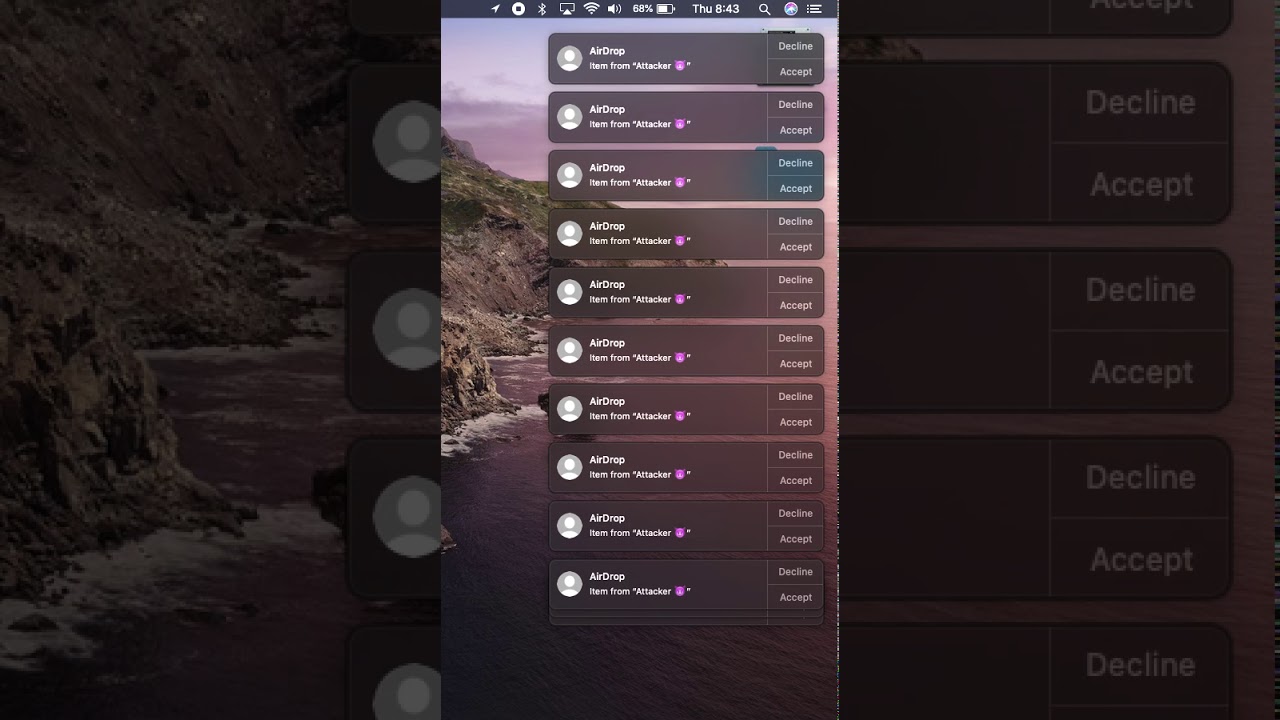 Other Security Fixes With iOS 13.3

In addition to the above, Apple also fixed numerous other security bugs with iOS 13.3. Some of the notable ones include CVE-2019-8830 discovered by Natalie Silvanovich of Google Project Zero, and CVE-2019-8857 found by Tor Bruce.

The former is a FaceTime bug that allowed an attacker to execute arbitrary codes via a maliciously crafted video.

Whereas, the latter was a vulnerability affecting Live Photo. Upon an exploit, this bug could allow sharing audio and video data via iCloud even when the Live Photos option was disabled in the Share Sheet carousel.

Users of the respective Apple devices must ensure updating their systems with the latest versions to stay safe.