Researchers from Cofense have discovered another phishing campaign in the wild. However, this one seems specifically aimed at the United Nations.

According to BleepingComputer, team Cofense has found an email phishing campaign delivering Emotet malware to United Nations officials. The email impersonates the Permanent Mission of Norway to the UN in New York. The email body includes a message creating a sense of panic to the recipient. Whereas, it also includes a Word file as an attachment, asking the recipient to read it. 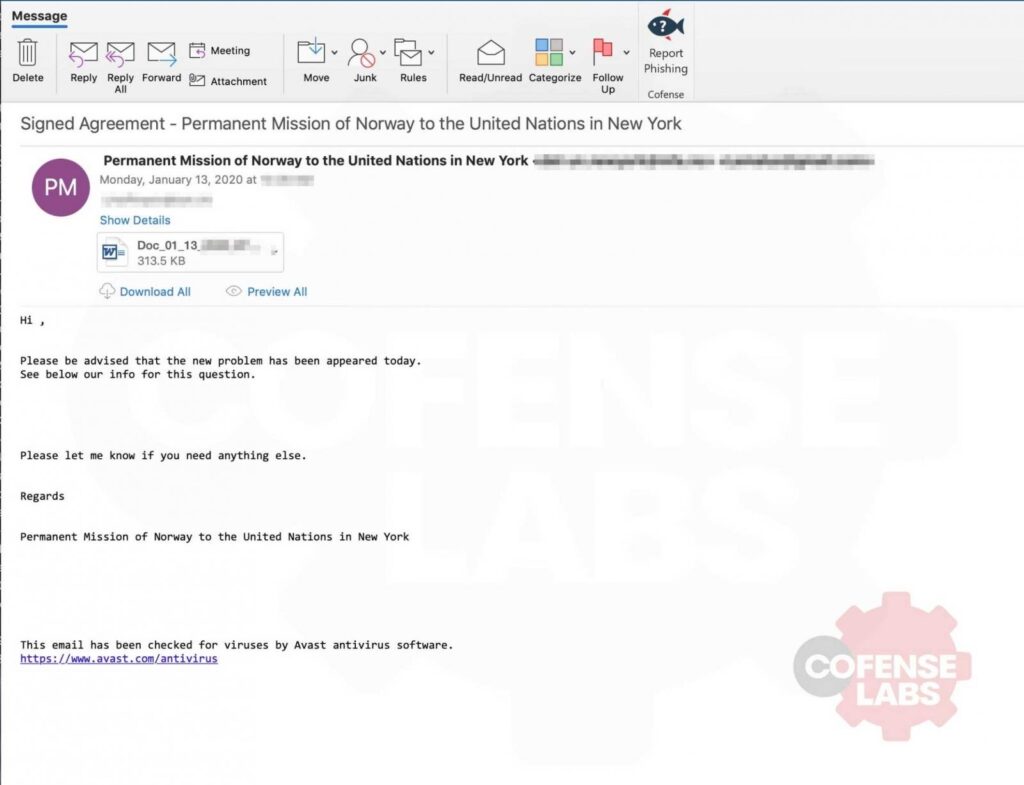 Opening the document would require the recipient to enable editing, which will eventually run malicious Word macros. In turn, it downloads and installs Emotet malware on the system. The victim won’t sense the presence of the malware that continues to run in the background. Emotet can then send spam emails to other systems, and can also install other malware, such as Trickbot or Ryuk ransomware.

Emotet Back After Vacations

The Emotet malware was very active in the wild by the end of 2019. It tricked users with phishing campaigns by impersonating invites for Greta Thunberg climate change demonstrations. Additionally, it also exploited holiday-party invites to execute malicious activity.

After a three week period of inactivity the malware came back with even more robustness. The recent campaign targets around 82 countries, predominantly the United States.