The Most Secure Laptops In 2020 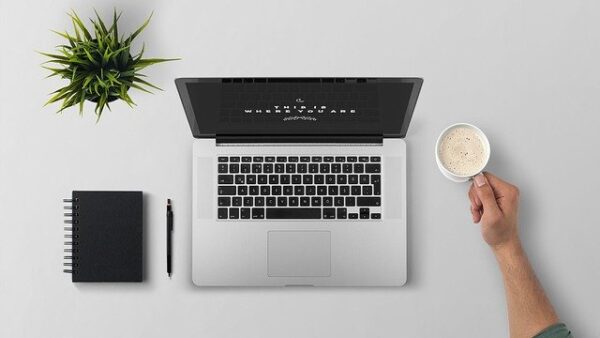 Choosing the right laptop can make a big difference in your security. There are some laptops that prioritize security and some don’t. Likewise, some operating systems will be inherently more secure than others depending on your knowledge of the system and how locked down it is. You can find a lot of manufacturers focusing on security both for business and non-business customers. Below, we will be going over some of the most secure laptops that you can find in 2020.

Apple’s laptops are typically some of the most secure options you will find on the marketplace. You can check more top apple laptops on Fixthephoto.

Apples security originates largely due to the closed and proprietary OS that it runs. Along with this, Apple has a very small portion of the marketplace. Because of this, hackers don’t directly look to target Apple laptops or Mac OS because it is not as advantageous to do so. Thus, there is generally a lot less malware that directly targets Mac OS. Along with this, the newer MacBook Pro’s feature Touch ID in order to unlock your device. Not only does it offer the added convenience of not having to use a password or pin code, but it helps to keep your information secure, as well.

The newer MacBook Pro’s have the ability to add physical security to the laptop and it can be used to secure the use of Apple Pay, buying things on iTunes, and it can even be used to auto-fill passwords securely.

All of the data on the MacBook is secured by encryption with FileVault 2. This is a full-disk encryption method that utilizes XTS-AES-128 encryption with a 256-bit key in order to avoid unauthorized access of the information on your hard drive [1].

The MacBook series has the added bonus of being a great choice for fields such as graphic design, 3d modeling, video production and more, in case your have more concerns than simply security.

Lenovo consistently makes some of the most highly touted business laptops on the market. Lenovo is very well-versed in crafting durable and highly secure laptops and their latest ThinkPad X1 Carbon is no exception.

This model features a fingerprint reader in order to offer biometric access. This ensures that the authorized user of the laptop is the only one that will be able to gain access to it. The fingerprint reader comes with anti-spoofing technology which can help to safeguard data.

Along with this, it comes with a ThinkShutter which is a cover for the front-facing HD camera. Having the ability to physically cover the camera can make things much more secure and it can make your camera less susceptible to flaws and vulnerabilities because it’s a hardware addition. Thus, it cannot be bypassed with a software hack.

The Lenovo ThinkPad X1 Carbon also runs Windows 10 which is one of the most secure releases of the Windows platform in a long time. Windows Defender is better than ever and it outperforms a lot of reputable antivirus software you will find on the marketplace.

The Dell XPS 13 was one of Dell’s best releases in years and it’s brand new iteration promises to deliver even more value for the money. Not only does it feature the latest and greatest 10th generation Intel Core i7 processor, but it comes with fantastic security features built-in.

You can choose from (2) secure ways to login to your computer including the ability to utilize Windows Hello functionality built into Windows 10 with its infrared camera. This unlocks your computer with secure facial recognition technology. You can also choose to use the fingerprint reader which is integrated directly into the power button which allows you to login seamlessly with a touch.

Dell has come out with Mobile Connect which allows you to connect to your PC with its point-to-point secure connection in order to maximize the security of the data that is being transmitted.

Overall, there are plenty of secure laptops that you can choose on the marketplace in today’s digital age. Security is more important than ever considering the number of data breaches and due to new technology being introduced every day. By having a secure laptop device, you should be able to protect and safeguard your data as well as possible. The laptops discussed above are some of the best due to their inclusion of various highly effective security features built directly into the device and their respective software.

Chameleon Attack Can Manipulate Your ‘Likes’ On Social Media

How Your Company Can Benefit From Penetration Testing