4 Ways to Spot that Your Computer Has Been Hacked 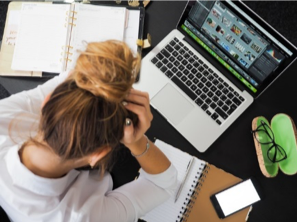 In this day and age, no matter whether we use computers occasionally at home, live on them all day at work, or fit somewhere in between, the fact is that our information is at risk of being hacked into by cybercriminals. Years ago, hackers focused more on businesses than individuals. Today, though, they go after anyone they can, meaning we’re all vulnerable.

It’s vital, therefore, to take diligent steps to keep cybercriminals at bay, such as through choosing proper passwords and installing quality max security antivirus software. Plus, it pays to know some of the signs to look out for that show your computer has been hacked by someone who’s up to no good.

Your Computer Crashes or Freezes Too Much

One of the first key signs is your computer crashes or freezes often. Although it’s normal for tech products to perform less effectively as they age, or when you’re trying to run too many programs at once, if your device has issues often and for no good reason, it may be compromised by a hacker. Newer products, in particular, should not be having issues with crashing or freezing out of the blue.

The reason why this behavior is indicative of a hacker attack is that if your computer has malicious software embedded on it, running in the background without your knowledge, this will make it slow or crash. Cybercriminals often infect devices with viruses, Trojans, worms, and the like, which all eat up memory and processing capability. If the programs you’re trying to use must compete with the programs a hacker has planted, the device will soon start having issues.

Another prime sign of a hacker attack is if, for no real reason, you start chewing up much more data than before. Small fluctuations per month are usual, as are changes if your household suddenly increases in size or you start working from home daily, but otherwise, your usage should stay reasonably level.

If a hacker has been able to get malware running in the background of your device, though, this will eat up bandwidth quickly and lead to spikes in data activity. If you notice changes in this regard, your computer is probably infected.

Other People Notice Your System Doing Things It Shouldn’t

Sometimes you don’t notice abnormalities yourself, but other people alert you to a problem. For example, a common issue is where a person’s email account starts sending out spam to contacts such as colleagues, family members, and friends.

If people tell you they’re getting strange messages from you, or if people you don’t know start saying they’re getting sent emails, this is a sign a hacker is causing havoc. Check your email accounts and social media profiles in particular for unauthorized usage, as well as things like your orders with online stores and Netflix, Spotify, and related accounts.

Note that a break-in could have occurred through a cybercriminal hacking in directly to your system, or someone may have gained access if you clicked on a malware-laden link or opened an infected email or attachment.

Weird Occurrences on Your Computer

There are all sorts of other weird occurrences that might start showing up on your computer, too, that can indicate you’ve been hacked. One of the most common examples is noticing that you have unwanted browser toolbars. These regularly appear after people install software programs that have toolbars enabled automatically on them.

While by itself, the addition of a toolbar is no big deal, the problem comes if the software program you’ve added doesn’t give a choice on this matter; you should be able to say no to the install. These toolbars are used by hackers to track browsing habits or automatically redirect people to websites they didn’t want to visit.

Some of the other strange, unwelcome occurrences on your computer to be aware of are: 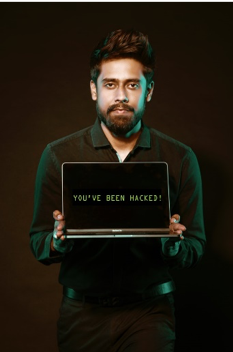 If you notice any of the above incidences, it isn’t a given that a hacker has compromised your computer, but it is suspicious. Investigate matters ASAP to see what you can find, and if you need assistance, contact a tech support person in your area and have them scan your device for viruses, malware, and related issues. The sooner you take action to block a hacker, the less damage they will be able to do.

How can a VPN protect against cyberattacks?

Why SMBs Must Conduct Rigorous Vendor Evaluation to...

Can You Get Into a Grad School Without...

5 factors to consider when selecting a POS...

How to develop an MVP for a cybersecurity...