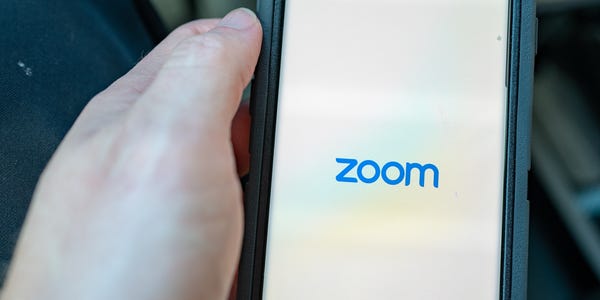 Once again, Zoom has made it to the news. But this time, it isn’t about any cyber attack or vulnerability, rather a somewhat deliberate privacy breach. As revealed, Zoom iOS app shares data with Facebook even for those users who do not have a Facebook account.

Reportedly, Motherboard has recently disclosed how the Zoom video conferencing app risks the privacy of iPhone users. Specifically, they shed light on how the Zoom iOS app shares users’ data with Facebook.

As elaborated in their post, Zoom iOS app exhibits this behavior even in case of users who don’t use Facebook. This happens since Zoom uses a Facebook API which leads to sharing data with Facebook by the developers.

Upon downloading and opening the app, Zoom connects to Facebook’s Graph API…  The Graph API is the main way developers get data in or out of Facebook.

In this way, Zoom not only alerts Facebook when a user opens the app, but also shares users’ information including device model, carrier, unique Advertiser ID, city, and time zone.

Though, it’s not strange for apps using Facebook APIs to share data with Facebook. Yet, in the case of Zoom’s iOS app, it is, because the users have no idea about it. Zoom hasn’t mentioned any such thing in the privacy policy. All that they stated is about the collection of users’ Facebook account information. Or, the ‘automatic collection’ of information by third-party services such as Google Analytics, without specifically mentioning Facebook.

Hence, it seems a breach of privacy for iOS users. It also seemingly violates Facebook’s terms. According to Facebook’s technology terms, app developers using Facebook’s SDK’s need to explicitly inform the users about sharing of information with Facebook for measurement services and ad targeting.

For now, Zoom hasn’t commented on anything in this discovery by Motherboard. Let’s wait to hear how they justify this act. Until then, iOS users should think about using Zoom on their devices, especially those who do not use Facebook.