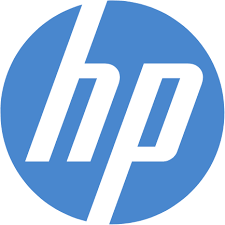 However, due to the backdoor account, a remote unauthorized attacker could gain elevated privileges on target systems. When coupled with other vulnerabilities, the adversary could even run remote commands with SYSTEM privileges.

Describing details about the backdoor to The Register, the researcher said,

Bloor also found some more vulnerabilities in the default configuration of the HP Device Manager (HPDM). Thus, it became possible for a remote attacker to connect to and control a server running HPDM with admin access.

Upon discovering the vulnerability back in August 2020, Bloor reached out to HP who, according to him, remained unresponsive initially. Then, when the researcher expressed his intention to disclose the bug within 30 days, HP responded with a request for a 90-day disclosure period.

This compelled the researcher to disclose the bug publicly to protect the users in general. He also shared a potential fix in a series of tweets.

This can be done by running "psql.exe -h 127.0.0.1 -p 40006 -d hpdmdb -U dm_postgres", then when prompted for a password type a single space character to log in, then enter "password" and type a new password at the prompt. This user is NOT used by the application. 2/4 pic.twitter.com/IfiYlHpjs2

TCP ports 1099 and 40002 also leak HPDM usernames and MD5 password hashes to remote unauthenticated users. There are likely more issues with this service, but that's for someone else to work out, I'm done with this one. 4/4

Shortly after the disclosure, HP deployed the fix while assigning multiple CVEs to Bloor’s discovered bugs. As described in their advisory,