With the growth of the ever-advancing Internet technology, the dark clouds of cybercrime follow. It could not have happened without 3D printing technology that cybercrime risks would have hurdled over the manufacturing sector. But with the upside of 3D printing technology i.e. it lets you print part or functional prototype remotely, the downside i.e. cybercrime attacks has acquired an accountable space of concern for this technology. These concerns took many experts onto a bumpy ride on reaching a destination of which they were able to find some very valuable solutions offering. And in this article, we are going to talk about three methods that are effective for defending against cybercrime in 3D printing. But before that, let’s take a look at which stage of 3D printing cybercrime gets threatening.

The first step of any 3D printing process 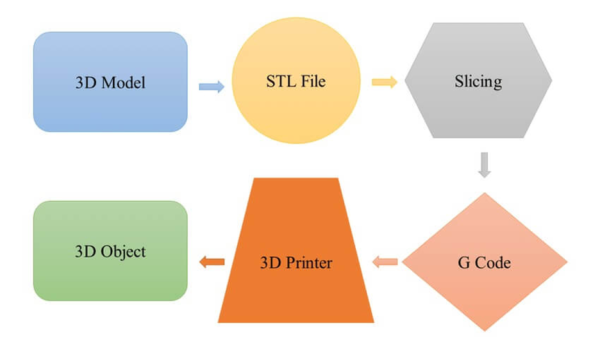 Anyone who has the basic understanding of the 3D printing process, in general, would know the first step of the 3D printing process is designing a three-dimensional file. So, all sorts of software are available for designing this 3D file based on which your final part would come up. The software can be open-sourced or company-offered. And they are similar to any other software and hence subjected to as much as risk as much as any other software is. Not to mention that any hack in this file will lead to the change in the design of the part or functional prototype. So, there is a huge scope of the breach at this stage. And this breach can lead to very many changes in the final part or functional prototype that would be very unpleasant.

The other small scope of the breach is, every 3D printer offers connectivity options with Wi-Fi or a USB cord. And hence the printer itself can be hacked not only while the file is getting transferred, but also while it is idly turned on. And the third possible scope of the breach is while using the slicing software before 3D printing any part or a functional prototype. Every professional 3D designer uses slicing software for editing the flaws in the designed file. These slicing software are also open-sourced and hence they are subjected to cybercrime as much as any other open-source software. Apart from these mentioned scopes of breaches, there is also a scope of the breach when you are downloading a 3D design file from an online repository. Now let’s see the solutions offered by 3D printing to stay away from these breaches. 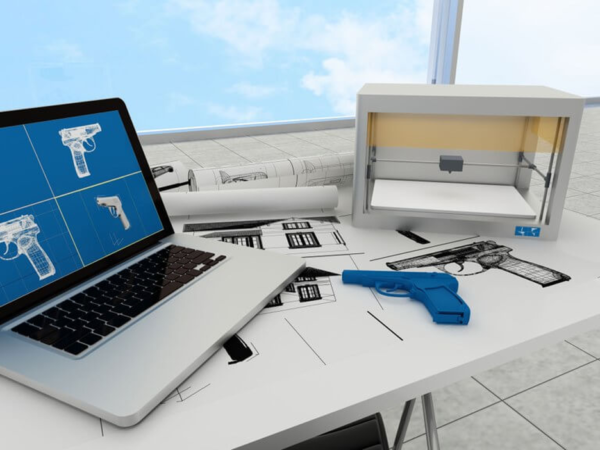 The researcher’s team of Rutgers and Georgia Tech looked at the physical aspects of 3D printers because they knew that any anti-hacking software itself possesses a risk of getting hacked. As mentioned in the above section, in 3D printing, the software controls the printer, which fulfills the virtual design of an object. The physical parts of any 3D printer include an extruder or “arm” through which filament made of plastic, metal wire, or other material is pushed to form an object. The motion of the extruders which uses sensors and the monitored sounds made by the printer via microphones were strictly observed by the researchers.

“Just by looking at the noise and the extruder’s motion, we can figure out if the print process is following the design or a malicious defect is being introduced,” Zonouz claimed. Another method that they had developed involves examining an object to see if it was printed correctly. In this method, tiny gold nanoparticles act as contrast agents and are injected into the filament and then sent with the 3D print design to the printing facility. And after the object is printed and shipped back, high-tech scanning reveals whether the nanoparticles have shifted a few microns in diameter and whether they have holes or other defects in the final object.

“This idea is kind of similar to the way contrast agents or dyes are used for more accurate imaging of tumors as we see in MRIs or CT scans,” Javanmard, also working on offering solutions to cybercrime against 3D printing technology claimed. The next steps in their research included investigation of other possible ways to attack 3D printers. It is also called, “proposing defenses and transferring methods to industry,” according to Zonouz. He predicts that there will be more these types of attacks as well as proposed defenses in the 3D printing industry within about five years.

3D printed parts or functional prototypes are currently used in the aerospace defense sector, medical industry, jewelry, automotive as well as other sectors. All of these are very critical areas closely dealing with the government in operation. And that’s why it becomes more important to ensure that there are no such breaches as well as no scope of a breach in this technology and hence the parts or functional prototypes made by this technology. Such studies should be more and more encouraged that can protect the technologies which are used by manufacturers in making parts, as equally as manufacturing or propagation of this technology is encouraged.

Researchers should not only limit themselves to finding newer technologies but also to safeguarding them. So, in the end, the technology becomes very safe for anyone to use. Any technology with a threat is less useful because it gifts its user a mindset with limitation. We know that cybercrime is such a dark cloud that cans acid rain over any entity and cause significant damage. Such a dark cloud should be well treated and converted into a normal cloud before allowing rain on any person. Because not everyone has the knowledge of understanding what harm can it do to his or her possessions!

9 Most Important Tips for Cleaning Your Mac

What Is the Perfect 3D Printer for Beginners?

3 Challenges of Penetration Testing and How to...

4 Common Hacks That Are Prevented With a...