While the generic top-level domain (gTLD) that a company uses is not a telltale sign of maliciousness, some TLDs are more prone to abuse than others. It could be because of the sheer volume of domain registrations within a particular TLD space, the lack of security protocols in registering domains, or a combination of both, among other factors.

We looked at the list of newly registered domains that used the most abused TLDs, according to multiple sources and analyzed them using data from whoisxmlapi.com.

Spamhaus is an organization that tracks spammers and spam-related activities, while SURBL provides a collection of phishing sites, malware domains, and Uniform Resource Identifiers (URIs) that appear in unsolicited emails.

Where Are the Registrants Located?

In particular, 77.03% of .fit and 94.21% of .work domain names were based in Japan. The rest of the domains were spread across dozens of other countries. Note, though, that these TLDs are the most abused for spam and phishing campaigns.

What Are the Most Common Registrars?

GMO Internet Inc. owned 72.54% of the newly registered domains under the three gTLDs. The rest of the domains were distributed across dozens of other registrars, but the chart below shows the top 10 registrars for the five-day registration period. 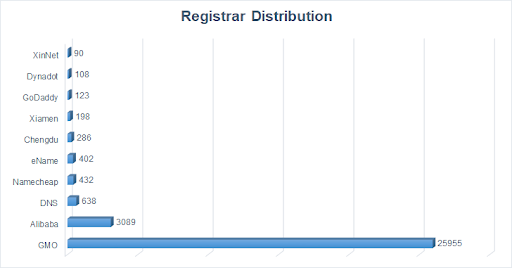 What Percentage of WHOIS Records Have Been Redacted for Privacy? 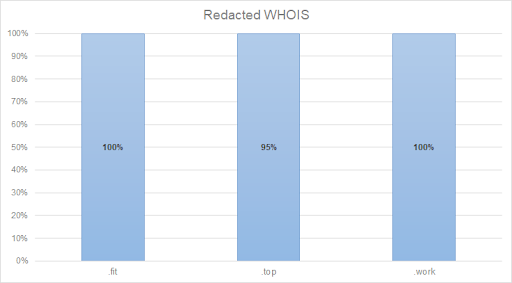 Using a newly registered domain database and WHOIS data to analyze the domains under the most abused gTLDs helped us understand the origin of thousands of potentially suspicious domains. We learned that most of the domains’ registrants were from Japan, China, and the U.S. We also found that GMO and Alibaba were the most commonly used registrars.

These findings may change as the domain registration trend shifts, so constant monitoring of the different types of newly registered domains can play a big part in maintaining utmost security.

How To Keep Your Cryptocurrency Safe And Secure

Brosix – Keep Your Employees Connected With This Secure Messaging App