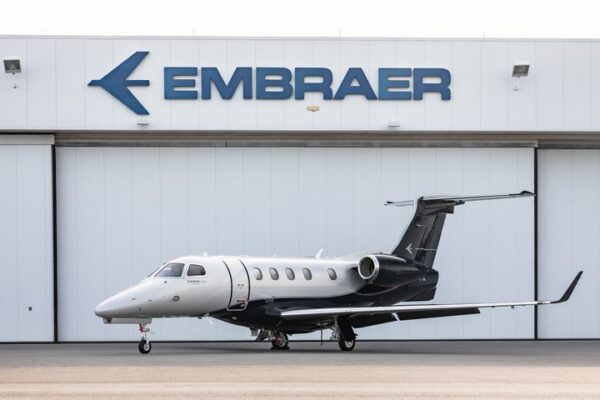 The Brazilian aerospace and defense firm Embraer has recently disclosed a cyber attack. The incident hit the firm’s IT systems leading to a breach of data.

In a recent press release, the Brazilian aerospace company Embraer has publicly disclosed a cyber attack on its systems.

As per the details revealed, the firm identified the security incident on November 25, 2020. The incident specifically affected a single environment of the firm’s files.

Embraer believes that the security breach potentially led to the disclosure of data to the attackers.

Following the incident, the firm started investigating the matter. Though, it assured to have faced no material impact on its activities. However, the firm had to isolate some systems to contain the spread of the attack. As stated in the press release,

As a result of this occurrence, the Company immediately initiated its procedures of investigation and resolution of the event, as well as proceeding with the proactive isolation of some of its systems to protect the systems environment, thus causing temporary impact on some of its operations.

Although, Embraer hasn’t disclosed any explicit details about the attack, despite making the disclosure five days after the incident. Moreover, they have also not elaborated on anything regarding the type and extent of data disclosed during the incident.

However, their following statement regarding the unavailability of an impacted system potentially hints at a ransomware attack.

The said cyberattack was identified on November 25, 2020, which made access to only a single environment of the Company’s files unavailable.

Most ransomware attacks render the affected systems inaccessible to the firm to prevent the victims from any recovery attempts.

Besides, the Brazilian news media Globo has also reported about the ransomware attack on Embraer systems. As stated in their report [translated],

To GLOBO, people linked to the company say that Embraer had to disable a good part of its servers and that part of the backup would also have been accessed by hackers.
On condition of anonymity, people familiar with the case say that the perpetrators of the attack asked for a kind of ransom to the company, which should be paid in cryptocurrencies, which would make it difficult to identify the recipients of the funds.

Yet, the exact ransomware-type behind this attack awaits identification.

Embraer is a known Brazilian aerospace firm actively involved in aeronautical services including the making of agricultural, military, executive, and commercial aircraft.