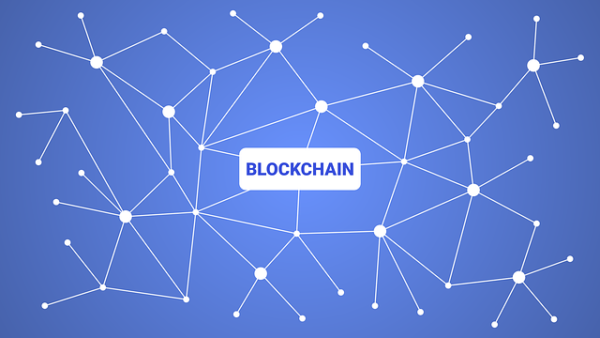 Blockchain tech is helping the world in more ways than we can think of, and one of them is the realm of cybersecurity, and that involves some of the most important industries in the world such as finances and healthcare.

With the rising number of cybercrimes – including online theft and even doxxing – the world needs an immediate solution and blockchain can provide it, because it goes way beyond the usual buy bitcoin and altcoins advice. The world of cybercrime is evolving as fast as technology development, but thanks to blockchain, we can have an edge over criminals.

Let’s explore the 5 cases that prove that blockchain is what we need for a safer cyber world because several industries already require of fast and secure solutions.

Security for the Internet of Things (IoT)

The internet of things is growing at an impressive rate, as it’s projected to reach a valuation of over $1,000 billion dollars by 2027, according to Mordor Intelligence. However, the IoT space is in danger of cyberattacks and hackers. Fortunately, blockchain technology offers a straightforward solution to tackle down these issues.

Simply put, it allows the different devices to communicate without interferences and breaches. In fact, there are many projects that are already working on solving these issues. Here you have the most popular:

Since IoT is a hot industry that’s growing rapidly, it’d be a good idea to invest in these tokens, since their cryptocurrency prices could grow in the next years. VeChain alone has grown a lot in the last few weeks, and according to the latest predictions, it could continue its steady rise during this bullish market.

This is one of the fastest evolving sectors, and hence, blockchain is truly showing its potential since it’s already being applied in real-life projects that put it in a positive light.

Domain Name System is in charge of operating the internet in many senses. However, it suffers from the same issues that affect similar types of technology: they’re susceptible to hacks, attacks, and data breaches. Once again, blockchain tech can solve this. By encrypting data and using complex protocols, it’s possible to hide sensible info such as IP, names, addresses, etc.

By implementing these advances in blockchain technology, we can enjoy more security, especially if we are involved in different digital marketing projects where our privacy is absolutely necessary.

These would solve problems such as doxxing, because it could make someone truly anonymous on the internet. In the next section, we will talk about data encryption and how blockchain technology has upgrade it to new levels.

Blockchain technology is widely known for its advances in data encryption, which make it possible to exist. However, not all cryptocurrencies use encryption, being the most popular example the Bitcoin itself. However, we have plenty of coins that truly implement advanced encryption protocols. Here you have the most important ones:

Therefore, these advances in encryption technology can help us to level up our cybersecurity resources since they can protect communications and sensible info, being able to help industries such as banking, finances, logistics, healthcare, etc.

Blockchain can also help against DDoS attacks and other malware threatssince its secure and incorruptible structure can shield online properties against them.

DDoS attacks have been growing lately, especially since the economy is becoming digital day by day, boosted by the current COVID-19 context. By making it harder to commit these attacks, and solving them fast and efficiently, we can bring websites and online property owners more security and stability, as a DDoS attack can cause plenty of damage in terms of lost money and reputation.

Blockchain is all about decentralizing data, and hence, it’s another great use that can translate to better cybersecurity. This is especially important for governments, corporations, and international companies that need to store and process enormous amounts of data in a secure and efficient way.

By using blockchain-powered solutions, companies can protect their precious data from breaches, and also, they can transport it to any server they use in a matter of seconds. This is especially important if you need to manage sensitive info such as financial information. By using blockchain solutions, you can avoid plenty of potential issues.

As you can see, blockchain technology is already improving the world of cybersecurity, and things will only keep going better. Blockchain is advancing at a fast rate, and since it’s being implemented in real-life projects, we can only expect to see even more results in the near future.

What do you think about blockchain and cybersecurity? Let us know in the comments about your favorite crypto projects that solve these issues because our modern world needs them badly!