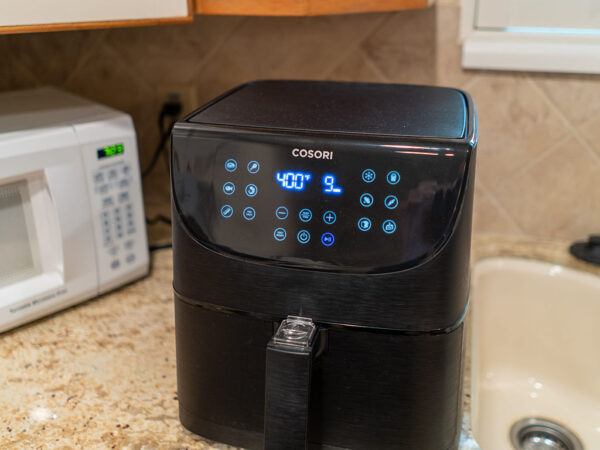 Once again, researchers have demonstrated how the convenience of Internet-of-Things (IoT) can lead to security inconveniences. As observed, multiple security vulnerabilities existed in Cosori Smart Air Fryer products that could allow remote code execution.

Researchers from Cisco Talos have recently disclosed details of two different vulnerabilities affecting the Cosori Smart Air Fryer. Exploiting these bugs could allow an adversary to take control of the target device.

One of these, CVE-2020-28593, was actually the existence of an unauthenticated backdoor in the configuration server functionality of the device. Whereas, the other bug, CVE-2020-28592, was a heap-based buffer overflow.

Regarding the exploit of these bugs, Cisco explained in their post,

An attacker could exploit these vulnerabilities by sending a specially crafted packet to the device that contains a unique JSON object, which would allow them to execute arbitrary code.

In effect, such an attack would allow an adversary to meddle with the temperature, timer, and other air fryer settings. Also, the attacker could start the device without the target user’s consent or knowledge.

While the bugs had a serious impact, they required an adversary to have physical access to the target device. That’s how the vulnerabilities appeared less probable.

After finding these bugs, Cisco Talos reached out to the vendors to report the matter. However, following the inappropriate response from Cosori during the 90-day disclosure period, they disclosed the bugs publicly.

Nonetheless, Cosori has confirmed in their statement to Forbes to have fixed the flaws.

Cosori deeply cares about the safety of the users of smart products. We have set to solve this issue immediately.
First, as a result of a detailed analysis, we are sure the scope of the vulnerability is limited to the local area network, and it cannot be controlled remotely through the WAN. And then, we have resolved the problem, an upgraded version of the appliance will be released soon. So, the air fryer can be upgraded with repaired firmware on April 25, 2021.

Since the patches are out, all Cosori 5.8 Smart Air Fryer users must ensure updating their appliances with the latest firmware release.

ToxicEye Malware Emerges As The Latest Threat To Telegram