How You Can Protect Yourself from Cyber Attacks in Online Gaming 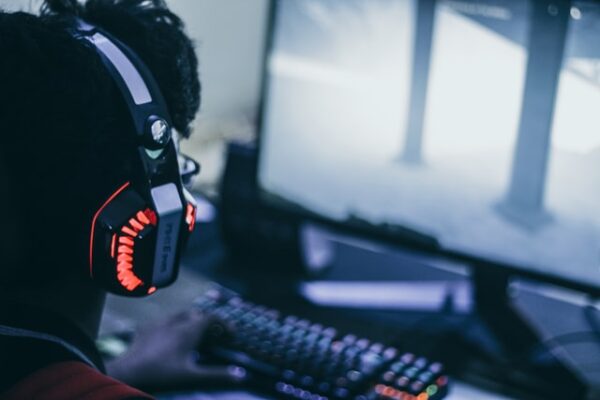 Gaming is no longer just a pastime for younger people. According to the Entertainment Software Association, 53 percent of gamers are adults and 45 percent are women. This means that over half of all people playing games on the internet are not teenagers and probably have access to a lot of sensitive information about themselves and their lives.

So, whatever online game you are playing, here is how you can protect yourself from cyber attacks while doing so.

Whether you are playing strategy games or online jigsaw puzzles, always keep your passwords strong. Password strength is one of the best ways to protect yourself from hackers, and it is also a good idea to use different passwords for different accounts. Even in online puzzle games, hackers might try to sneak a peek into your personal life. They can do so easily if you do not have a strong password.

A strong password should be at least eight characters long, has both letters and numbers in it, and doesn’t include any obvious words or phrases that can be easily guessed by an attacker (such as your name). Avoid using the same password for multiple online accounts—if one of them gets hacked, all of your other accounts may be vulnerable too!

Do not share your password out loud with anyone else—even if they’re your best friend or family member—and avoid writing down your password so that no one else can find it either.

There are certain situations you should avoid when playing online games.

The first step to staying safe while you play is logging out of your gaming account when you’re done using it. This can be a bit more complicated if you have multiple devices, but the fewer devices you have logged in at one time, the better.

It is also vital not to leave your account open on public computers or any other device that could get into someone else’s hands. If it does, make sure that there are no traceable personal details associated with it—like a photo of yourself wearing a T-shirt with your last name on it, for example.

When an online game asks for personal information (such as birthdate or favorite color), do not give these details unless necessary for gameplay purposes; many games require players to provide this information just so they can create an account and play them freely! If there aren’t any such requirements, consider skipping over them altogether—the less information shared about yourself online, generally speaking, the better off everyone will be!

Have an Antivirus Software

While most people are aware of the importance of antivirus software, many fail to realize that it applies to all devices, not just computers or laptops. While you could install antivirus software on your gaming console or Playstation 4, these devices can also be vulnerable to malware attacks from online games if they’re connected directly to the internet.

Similarly, smartphones and tablets can be attacked even when not connected to WiFi. It is especially true for mobile gaming platforms where apps often require an internet connection for functionality such as saving progress between sessions or watching ads for free currency/gems/whatever else might exist in a given game.

There are many ways to get hacked, and one of the most common is through a link sent by someone who doesn’t have your best interests in mind.

One of the easiest ways for someone else to steal your personal information without your knowledge is by sending you an email with a link that looks real. To make it seem more legitimate, they’ll make sure the email address ends with something like @hotmail.com or @gmail.com—but do not let this fool you into thinking the message is safe!

Sometimes these emails will say they’re from popular services like PayPal or Google (or even another game company), but they could just be sent by scammers looking for their next victim. In fact, some people even put up sites pretending to be official services before taking advantage of unsuspecting users when they click on their links.

If anything about an email seems suspicious, even if it looks like it came from someone you know, do not click on them until checking first that those links go where they claim and aren’t going somewhere else.

Create an Account and Keep It Separate from Your Personal Information

Creating an account is the first step to protecting yourself from cyber attacks while playing online games. It is vital to create an account with a username that is not your name or email and to use a password that is not easy to guess, like your birthday, name, address, or phone number. The same goes for your email address; do not use it as your username! Also, try not using any of these things as passwords:

If you’ve been playing online games for a while, you likely have some familiarity with these safety measures. But if you are new to the world of gaming and need some extra help, do not worry! We encourage all players to take the time to learn about these seven cyber security best practices. If we can all stick together on this, we will make our community safer for everyone involved.

Mozilla Rolls Out Total Cookie Protection On Firefox By Default

What Is a Full Stack Developer?