What Is a Full Stack Developer? 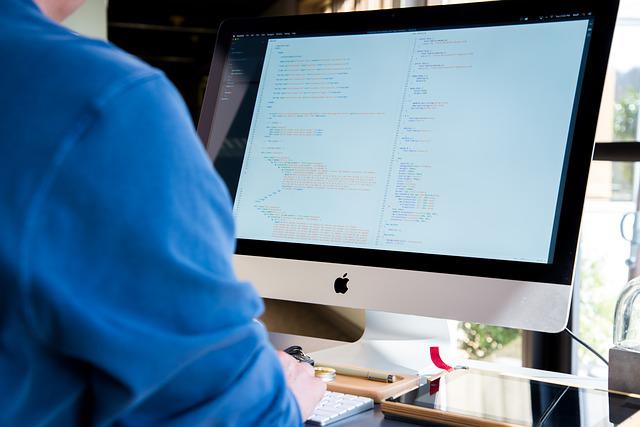 Many professionals are now focusing their efforts on software development. This is primarily due to the numerous career options available to software developers. However, this is not a path for the faint of heart; in order to succeed, you must be fluent in several programming languages, including Java.

Although versatility is necessary, most developers eventually choose to specialize in either front end or the back end software development. Full-stack developers, on the other hand, are knowledgeable in both of these subfields. If you’re interested in jumping on the full stack development bandwagon and picking up some new skills, this article is for you. First, let’s address the question: what do you need to know to be a full stack developer in this post – amasty.com.

Who Is a Full Stack Developer?

What Are Some of the Benefits and Drawbacks of Being a Full Stack Developer?

In addition to the potential financial rewards, there are a great many other advantages to working as a Full Stack Developer; however, we will only discuss a few of them here.

There are some challenges as well, which include:

What Skills Does a Full Stack Developer Need?

So, what skills are required for a full-stack developer? Consider a few examples.

A Full Stack Developer should have a degree in computer science, computer engineering, software development, or any other relevant field. While not required, it is strongly advised. A degree from a university or college in any of these fields can serve as a foundation for the acquisition of additional skills.

Full Stack Developers must be well-versed in multiple programming languages, as well as the various technologies used in user interfaces, databases, and other areas. Even if you do not have a degree from an accredited university, you can achieve your goal of becoming a Full Stack Developer. However, keep in mind that learning the necessary skills would take significantly longer than it would for someone who already has certification in a relevant field.

Front-end programming languages such as HTML, CSS, and Javascript are used to create user-friendly mobile apps and web apps. In other words, front-end technologies are designed to meet the needs of the user

HTML is the foundation upon which websites all over the internet are built, and it allows multimedia content such as video, still images, audio, and text to be included in a website. CSS is required for converting a document into a user-friendly format. CSS allows you to make changes to documents.

Javascript is used to perform complex tasks such as the creation of 2D or 3D graphics, animation, video boxes, and interactive maps.

Competence in Back end Programming Languages

Tasks are typically carried out on the server-side of computer programming using languages that are deployed on the server. This category includes database interactions, push notifications, and the rendering of dynamic web pages. As a result, you’ll need to be proficient in languages like PHP, Node.js (Javascript), Java, Ruby, Python, and.Net.

You can specialize in a single programming language, such as Java, and become an expert in full-stack development.

Databases are used by individuals and businesses to store and organize data. Accessing databases is possible with the help of database languages. These languages assist users in performing critical tasks within the database. This includes defining and refreshing data, directing data access, and finding information within the database. To be a full-stack developer, you must be familiar with database languages such as MYSQL, SQL, SQL/XML, Graph QL, LINQ, and Oracle.

Full-Stack developers help with the creation and hosting of websites that can be accessed via the internet. Additionally, full-stack developers update the website’s functionality.

A Full-Stack Developer must have strong management skills in order to successfully direct client expectations regarding software designs and requirements. The team lead on most technology projects is a full-stack developer because this person understands the responsibilities of the other team members. A good Full Stack Developer should also have soft skills such as good communication, time management, and an understanding of the client’s needs.

Do you have these skills on your resume, yet? Joining a Full Stack Developer Course can expand your skill sets; these courses can help you learn the most sought-after skills in the market and enhance your job prospects.

Gaining expertise in full-stack technologies requires a significant time commitment and a great deal of effort; however, the payoff is well worth it due to the increased job opportunities it offers programmers and the increased flexibility it offers software developers. A comprehensive understanding of the technologies that comprise a full-stack enables you to choose the projects you want to work on and freelance.

How You Can Protect Yourself from Cyber Attacks in Online Gaming

How to Choose the Right VPN for You