ZTNA: What Is It, and How Does It Encourage Thinking Like a Hacker? 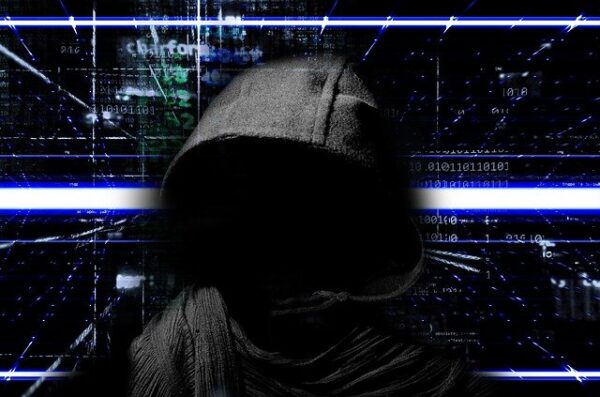 The traditional approach to cybersecurity comes down to seeking vulnerabilities and patching them up. Security teams approach security as someone who uses the tools at hand to mitigate a possible breach.

With the rise of remote work and consequently increased attack surface, fixing flaws has increasingly become a challenge.

Thousands of possible weaknesses and new hacking methods have resulted in security professionals playing catch up within the networks that can change in a matter of just a few minutes.

True, not all vulnerabilities are high risk that requires patching up right away. Severe flaws always take priority. But there is no guarantee that they’ll be discovered in time.

Successful hacking could be the result of corporate intelligence that has been leaked online or a flaw in the system that the IT teams haven’t yet patched up.

How can IT teams decrease the number of possible weaknesses and the attack surface itself?

One solution is to enforce a zero-trust policy for the weakest spot of the network — unsecured access points that are easy to breach.

On which key principles is Zero Trust Network Access (ZTNA) based, how does it guard the network, how does it compare to the traditional solutions, and how does it encourage It teams to think like hackers?

The zero-trust approach to security is the key principle of the ZTNA framework.

What ZTNA essentially does is restrict privileges to users regardless of who they are or where they’re connecting from.

It enforces zero trust for networks by mapping the level of access for different employees that connect to the network. For the users to be allowed within the network, it has to be explicitly stated that a person is granted a specific level of access to the resources.

Every user has a specific role based on which they are permitted to see particular data. They can see a specific part of the network to which they’re granted access based on their duties.

In a remote work environment, this means that workers can see only part of the system they need for their daily tasks. It’s as simple as that.

This kind of restrictive approach strengthens the security of a network and security data that is circling within the system.

In the case of a breach, the attacker’s lateral movement is limited.

As a result, the security model decreases the number of possible attacks and protects data by not giving hackers that impersonate employees access to the network.

How Does ZTNA Work in Practice?

When ZTNA runs on the network of an organization, it has several roles:

If a user attempts logging into their account, they have to be authenticated. To pass this step, the ZTNA compares the credentials to the mapped database of employees working within the organization.

The identity of the user has to be confirmed and linked to the role and the level of access they have according to it. Once the user is verified, they can then enter and reach parts of the system based on the requirement of their roles.

Besides implementing zero trust during the authentication, ZTNA also filters the incoming traffic to further detect and block any misuse of credentials and malicious activity at security points.

Traditionally, businesses have been using Virtual Private Networks or VPNs to secure their remote workers.

VPNs have been the default network security for most companies that went remote over the last couple of years because they’re easy to install and run for both companies and their employees.

Virtual Private Network forms a tunnel to create a safe and private network separated from the public for remote workers to use while they connect to systems. The tool camouflages activity by hiding the IP and encrypts data to keep it safe from prying eyes.

Its main disadvantage has been that it enables broad access to the network for users that are authenticated. Once they log in, they’re able to use the entire infrastructure, without any restrictions or limitations.

Also, for the authentication on the network guarded by VPN, it’s enough to have a password to have access granted to a major subnet of the network.

Zero trust network access is the step up from the VPN, and it’s a more viable solution for businesses that are growing in complexity.

For ZTNA, anyone could be a threat actor. This means that the threat actor can’t gain complete access to the system once it breaches it.

If the threat actor gains access to part of the system using the credentials of a specific user, they can’t get any further into the system.

Instead of relying on remote workers to regularly update passwords and replace them with unique and even stronger ones that aren’t used across multiple accounts, ZTNA’s starting point is to assume that everyone accessing the system could be a hacker.

Another advantage of the ZTNA system is that this type of security is easier to scale.  Compared to a VPN that has a limited number of devices that it can cover to secure privacy, ZTNA can cover the ecosystem of the entire network.

For companies that have numerous employees that connect to the network remotely, this means that the access is going to adhere to the same security parameters regardless of the device from which the employee is connecting to the company’s network.

Social engineering attacks that involve scams and manipulation of people have been one of the most common techniques that hackers readily rely on. They have been prominent because they work — especially with more sophisticated methods targeted at unsuspected employees.

Zero trust networks can help prevent phishing and malware attacks or remedy the consequences of a successful scam.

For example, a scammer could impersonate the managing figureheads in the company and urge employees to share their credentials via email. Also, workers could click the malware-infected link that installs viruses and steals data.

Another way hackers might get unauthorized access to the system is by using leaked credentials that they have discovered online.

A member of your team could reuse the same password across multiple accounts, an amateur, but common mistake. Cybercriminals could obtain it from hacking forums, data dumps, or the dark web. A single password opens up access to an organization’s entire system.

Applying zero trust, in both cases, will not get the hacker far into the system because they wouldn’t be able to pass the multiple authentication processes, even if the stolen password does get them through the first door.

When IT teams had to adjust their systems to remote work, this shift presented an opportunity for hackers. They knew that the lack of security equal to multiple gaps in the security that could be easily exploited.

The number of hacking attempts and breaches drastically increased during that period.

Therefore, in the era of remote work when more employees connect to the network than ever before, the zero trust network has become an invaluable tool.

ZTNA protects sensitive data and corporate intelligence as well as remote workers. It makes it difficult for hackers to get access to the system.

It prevents them from exploiting the weak spots in the network by questioning every step of the authentication process as they log into the system.

Therefore, this type of security can buy time and decrease the attack surface in the phase when the organization is at its most vulnerable — when it’s adjusting to changes, adding tools, and IT teams are setting up the security.

Securing Data Within the Cloud Environment

Another major shift for companies within the last couple of years has been the implementation of the cloud environment. It helped them to adjust to remote work as well as to scale in a rapid and cost-effective way.

However, this has also been a major weak point in their security.

Multi-cloud deployment has increased the attack surface for businesses and made them more complex than ever before. This also required more sophisticated security solutions than a simple firewall and antivirus software.

New technology also raised questions about data security. Sensitive information about users and employees has become accessible to remote cloud storage or networks and applications that can be accessed online.

The cloud has been accompanied by security concerns such as misconfigurations, or mistakes that created vulnerabilities when the technology hasn’t been used correctly.

One reason for that has been the infrastructure that comprises different services provided by multiple vendors. For IT teams, that meant they had to adhere to several protocols and configurations while managing the system.

By restricting access to cloud-based resources, ZTNA decreases the size of the attack surface and enables businesses to grow using cloud infrastructures.

Similar to the way it guards the networks by limiting access according to one’s role, the tool applies the same restrictions based on the assigned permissions for every user that tries to get into the cloud.

Adding ZTNA to the Infrastructure

One major advantage of the ZTNA is that it can be deployed without companies having to redesign infrastructure.

When protecting the gateway, it adheres to the policies that govern which traffic can pass through and enter and out of the network.

ZTNA can also be used to protect corporate WAN and each individual SDW-WAN within it or be set as centralized accessed management for developers.

The third possibility is that it can secure the access point for the service such as the cloud.

The Zero trust network access model of security encourages IT teams to think like their adversaries by assuming that anyone is a hacker and that there are vulnerabilities that have already been exploited and allowed access for criminals to the network.

When taking the adversarial approach to security, ZTNA covers the weakest spot of the cybersecurity of any company — the people who manage and use the system.

It prevents unauthorized access due to phishing and stolen credentials.

Does your IT team need ZTNA?

Cybercriminals could get into the system at any time, but the tool ensures that hackers can’t get even deeper into the network and steal sensitive data.

Having the protection that can limit and restrict hacking activity and disable hackers from exploiting unauthorized access means that organizations don’t have to go through the aftermath of the attack such as leaked data or suffer damage to their reputation.

3 Questions to Ask to Audit Your API