3 Questions to Ask to Audit Your API 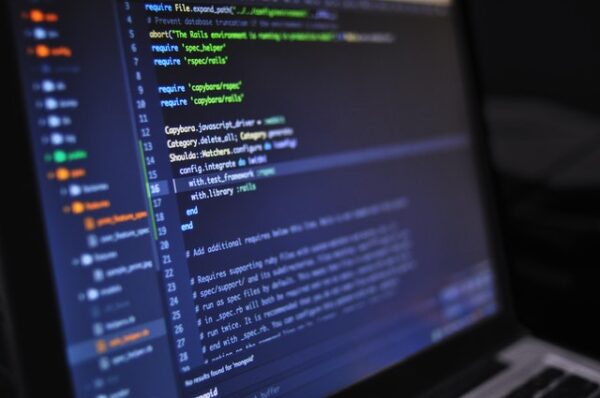 An Application Programming Interface (API) is an essential piece of software that allows applications to communicate with one another. It offers software flexibility, makes the process of development simpler, and makes management easier. One of the most crucial realizations for any API developer is that, as a data handler, they have some of the most significant ethical and legal obligations to the people whose data they are handling. Everything in the software ecosystem must adhere to the highest standards since a well-designed ecosystem increases user comfort when utilizing the services.

Why Auditing APIs is Critical

Consumers’ willingness to entrust developers with their data is based on their belief that the information is secure. For developers, that translates into ensuring that the API itself is protected against assaults and that they’re taking every precaution to keep themselves safe from threats. In light of this, it is crucial to consider auditing API security. Security is not a set-it-and-forget-it notion, to put it simply. Since threats are constantly changing, so too should your security. The days of dramatic increases in technological advancement over the course of many months are long gone. Within weeks (or days) of a new software release, advances in decryption and new techniques for network infiltration are standard in the modern era. Of course, it is possible to implement robust procedures that can significantly reduce these risks. Most security vulnerabilities could be eliminated by adhering to a few fundamental best practices, hence doing so can be considered the first line of protection.

Auditing can reveal unnecessary endpoints, redundant functions, frequently failed API calls, and other issues that, if eliminated, result in a better-maintained and safer codebase. Auditing can make version management and iteration much simpler and more efficient when pushed to its logical conclusion. It also has the added benefit of resulting in cleaner documentation. In other words, performing a security audit is a good idea not just for protecting the security of your API application but also for protecting the security of your API. Of course an audit provides an in-the-moment assessment of the state of your APIs, so you’ll also want to deploy continuous runtime protection for them, but performing an audit will reveal key focus areas for improving API security.

To successfully audit your organisation’s API, consider the following questions during the audit process:

1. Is our data encrypted?

API security heavily relies on encryption, both for data at rest and for data in transit. Unfortunately, some data providers seem unaware of this, as shoddy data security has been at the root of many of the most recent security problems. Even though encryption changes randomly, significant flaws in more traditional techniques are frequently found, making it unwise to rely solely on one solution. It is crucial to think through your encryption procedures and ensure they are sufficient and secure. While encryption at rest is undoubtedly necessary, providing encryption in transit is vital. When one considers that HTTPS is significantly more secure and easy to set up, the amount of data sent over HTTP seems absurd. It’s not a perfect solution, but it’s better than sending data in the open and, when combined with other cutting-edge encryption, creates a safe data pipeline.

2.    Are there any gaps or vulnerabilities?

Scanning for gaps and vulnerabilities is a crucial stage in auditing. Unfortunately, vulnerability scans are sometimes viewed as the sole phase, so it’s preferable to think of it as a process rather than a stand-alone solution. Look at your codebase both at rest and in use and pay close attention to gaps and weaknesses resulting from frequent interaction. Especially when the vulnerabilities seem minor, they are frequently overlooked or disregarded. The truth is that a single tiny flaw can spread to numerous endpoints and products, making the system significantly less secure and making the entire system vulnerable. Using default settings and configuration parameters is a significant vulnerability frequently related to online databases. Even though it can seem simple to click a button and set up a default server, there are times when doing so can result in data being transferred over the internet that is not secured and hence, stolen. Many of the most notable data breaches of the past ten years have happened due to services or databases that used default security credentials and little to no encryption.

The common practice of exposing too much to too many users inside the API itself might lead to significant technical vulnerabilities. Simple mistakes like improper rate limitation of endpoints, excessive information exposure in queries, or even the external documentation of internal endpoints can tip your hand and reveal far more about the API than was ever intended or expected. We can use something like GraphQL to illustrate this kind of overexposure. Without rate limiting, it is conceivable that a malicious external user could use multiple API calls in various formats from various endpoints to map all of the internal API routings efficiently. This would reveal the API’s structure and expose the vulnerabilities that could be exploited. GraphQL allows users to specify what data they want and in what general format. This is essentially port scanning, and any competent network administrator will tell you that restricting access and locking down systems is a very effective, proactive way to secure your API.

While the above is not an exhaustive list of questions to ask when auditing your API, it is essential to note that everyone is responsible for API security within an organisation. Security is an integral part of an API and should be given the importance it deserves. Documentation is crucial when dealing with APIs; organisations should have a log of all endpoints and their uses to perform a successful API audit.

Mosopefoluwa is a certified Cybersecurity Analyst and Technical writer. She has experience working as a Security Operations Center (SOC) Analyst with a history of creating relevant cybersecurity content for organizations and spreading security awareness. She volunteers as an Opportunities and Resources Writer with a Nigerian based NGO where she curated weekly opportunities for women. She is also a regular writer at Bora.

Her other interests are law, volunteering and women’s rights. In her free time, she enjoys spending time at the beach, watching movies or burying herself in a book.

How to Automate Security Scanning for Greater Efficiency

ZTNA: What Is It, and How Does It Encourage Thinking Like a Hacker?