Find the Best Single Board Computer For your Project 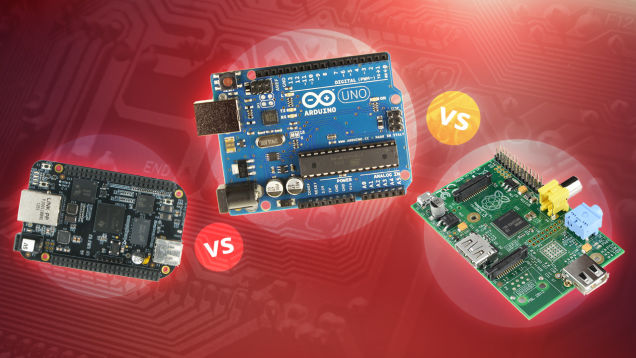 Some of the best DIY projects use microcontrollers or cheap single board computers to automate awesome stuff. But Between the Arduino, the Raspberry Pi, and the BeagleBone, it’s hard to figure out which is best for a project. Let’s demystify the most popular boards and make the selection process a bit easier.

Advantages: At $25, the Arduino is cheap enough that you can buy a few to mess around with. Alongside the flagship Arduino Uno, you have a ton of other variations of the Arduino to choose from. The Arduino also consumes very little power, so it’s perfect for projects that run all day long, or need to be powered with batteries. Most importantly, the Arduino is insanely popular, so it’s easy to find support, tutorials, and projects. Finally, the Arduino is flexible and can interface with just about anything. Having board-to-board connectors are more essential to get better functionality of your computer system.

Disadvantages: The Arduino is a beginner board, but it still takes a little while to get used to using something without a graphic interface. Because it’s cheap and small, the Arduino can’t usually handle a lot of different processes at once, so it’s not good for projects that are incredibly complicated or require a lot of computing power.

Advantages: Around $30 only, also being a tiny computer comes with all kinds of advantages. For one, the Raspberry Pi’s HDMI port means it’s easy to plug into a TV, and the two USB ports make it so you can operate it like a computer with a mouse and keyboard easily. It also has an ethernet port built in, so you can easily connect to the internet with little hassle. Since the operating system runs off a SD card, you can also change operating systems easily by simply swapping out the card. This is pretty handy considering you have a few options for the operating system. For the price, the Raspberry Pi is powerful but still easy enough for beginners to use.

Disadvantages: The Raspberry Pi is awesome for just about any project you’d use a computer for, but unlike the Arduino and BeagleBone, it doesn’t have as many options to interface with external sensors or buttons. So if you want to do a project that’s interfacing with other electronics in your home, or lights around the house, the Raspberry Pi isn’t quite as solid of an option.

Advantages: The BeagleBone comes packed with flash memory and an operating system already installed, which means that out of the box it’s already fully operational. If you want to run in headless mode (without a monitor), it’s easy to do, and you don’t need extra hardware to set it up like you would with the Raspberry Pi. The big advantage for the BeagleBone is that it has a really good set of input/output features (69 GPIO pins compared to the Raspberry Pi’s eight) so it can interface with exterior electronics easily.

Hi,
if you are adding GSM remote control and telemetry via SMS to your singleboard computer, you may like the GsmContrAll app for android. It helps to control several remote gsm devices/modules in separate tabs, and assign frequently used SMS commands to buttons. It’s completely generic so it can be used with any device, manufacturer, model, which accepts SMS commands. Search for GsmContrAll on Google play store.

I have two Radxa boards. The Radxa Rock and the newer Radxa Rock pro. Both have a quad core cpu, 2gb ram, wifi and more. The pro has more interfaces for camera and the like. I’m planning on making a small cluster two for now and then add another two. They are great boards i highly recommend them tho they don’t seem to be as popular as other SBCs. They are a great way to learn about distributed computing.

What about the Banana PI ?