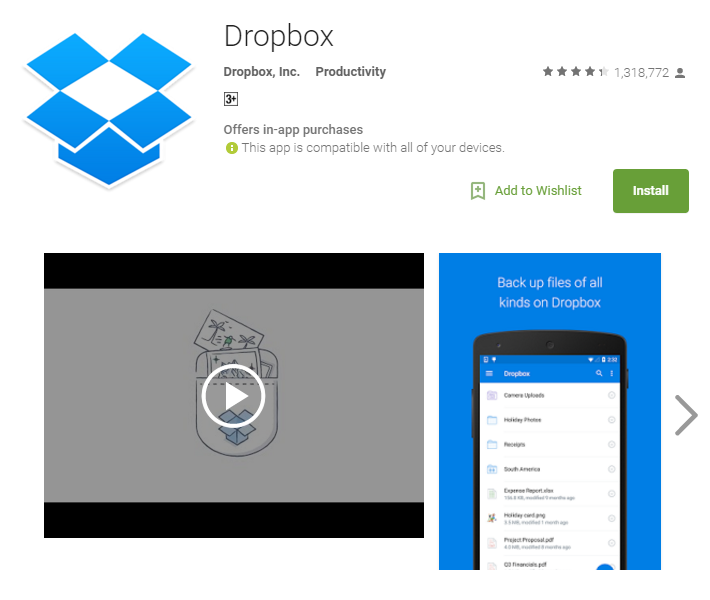 Dropbox, a file hosting service that keeps your files safe, synced, and easy to share. It’s the worlds most popular cloud storage service has 500 million installs on Android devices.

Last year in June, Dropbox announced that it has more than 400 million users installed their app worldwide, but they didn’t reveal how many of them were active users.