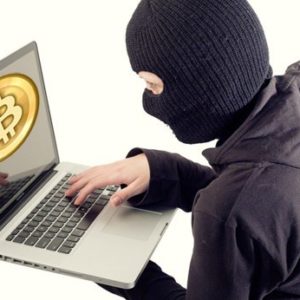 With Bitcoin’s value reaching at $18,500 per coin, it has become a primary target of hackers. The employees at SecureWorks have said that a trojan malware is being circulated via emails that steals valuable information from PCs, which is being used by hackers to steal Bitcoins.

When further investigation was carried out, it was found that a criminal hacking group was involved in this and their primary target was to hack Bitcoins.

Known as The Lazarus, this group is said to be from North Korea.

This year, $7.6 billion worth of Bitcoins were stolen from various hackers including The Lazarus.

How Did They Hack Bitcoins?

Bitcoins is a cryptocurrency that has a huge converting value which is why hackers have their eyes set to somehow find a way to hack into a Bitcoin website.

The Lazarus’ primary targets are workers who are working at cryptocurrency firms that deals in bitcoins.

The hacker group seems to have hacked into 36,000 accounts of employees who are working at Bithumb, a cryptocurrency exchange with hundreds of accounts.

Accounts belonging to cryptocurrency websites like Youbit, Coinis were also hacked this year. These hackers also demanded a huge ransom from Bithumb to not wipe out the entire data.

As per recent reports, it is found that the first round of hacking by this group was aimed at obtaining sensitive information by hacking into a Chief Finance Officer who had a valuable position at a cryptocurrency firm.

This group’s been tied to previous hackings too such as the Bangladesh heists when a total of $80 million were stolen, the hacking of Sony pictures and The Wanna Cry Ransom Incident.

How To Recognize The Malware?

The email contains a Microsoft Word File which asks for enabling editing once opened. When a user enables editing, a malware is installed into the computer and it not only steals valuable information but allows the hacker to see everything the user’s been doing on the screen.

These hacking attempts are patterned and only targeting cryptocurrency employees which only indicates one thing that the hacker group is interested in hacking Bitcoins and other such currencies only.

Uber Hack: Company Accused of Hacking Into The Networks Of Competitor Companies