Uber Hack: Company Accused of Hacking Into The Networks Of Competitor Companies 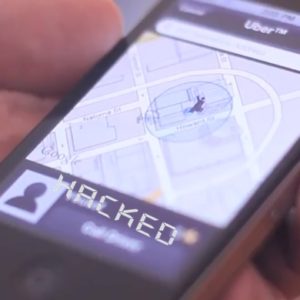 A former Uber employee Ric Jacobs has filed various allegations against Uber. In his 37 paged letter called “Jacob’s Letter”, he has penned down every tidbit of wrongdoings that Uber (allegedly) has been up to.

His first accusation is about Uber stealing data from rival companies to enhance their business. He pointed at Uber’s SSG (Secretic Strategic Services) department and tied them to fraud and theft as they hired third party vendors to obtain unauthorized data.

The letter further said that top level security officers have also been involved at hacking into opposition groups and then destroying any evidence left behind.

He also accused Uber’s Market Analytical Team for hacking into the servers of competitive driving companies and stealing trade secrets and information on potential clients. According to him, they did this by impersonating competitor company’s driver and stealing information and wiretapping.

What Does Uber Have To Say?

Uber denies these Uber hack claims and calls Jacob an extortionist who is charging false accusations and providing false evidences in the court.

Jacob, who was fired in April this year, appeared in the court hearing and answered for the letter he has written accusing Uber.

Further investigation on this Uber hack story showed the accusations that Uber is indeed involved in scraping off date from rival companies and has been hacking into their servers for a long time now.

As per Gizmodo, Uber is at fault. They’ve been recovering sensitive information from other driving companies and have been using it for their advantage.

Federal agents are looking into the matter and collecting evidences against Uber. While the jury has pushed the next hearing to February, 2018. A self-driving company, Waymo, also filed a lawsuit against Uber for stealing valuable data from them.