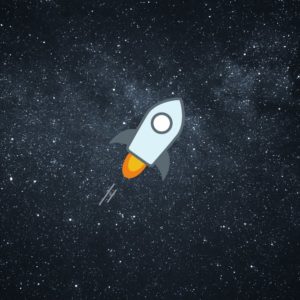 The DNS server for blackballet.co was hijacked by anonymous hackers, stealing over $400,000 in cryptocurrency from user’s accounts.

The hack happened late Saturday afternoon, when cyber criminals attacked and hijacked the DNS entry of the blackwallet.co domain and redirected it towards their own server.

According to the domain admin, the attack was possible due to issues with the hosting server.

Kevin Beaumont, a cyber security researcher, anlyzed the domain before opening it for public once again.

According to Beaumont, the code forwarded users to a different site if they had over 20 Lumens in their account.

According to calculations, the cyber criminal collected 669,920 Lumens, worth $400,192 at the current exchange rate.

While the company tried their best to warn users of the breach, they continued to login.

After the hacking, the attackers began to move their funds from XLM accounts to  another cryptocurrency exchange, Bittrex, with the intentions to convert the stolen funds onto a different cryptocurrency to become untraceable.

As soon as the laundering information reached the BlackWallet team, they tried to get in touch with the team at Bittrex to control the damage.

This is not the first time that BlackWallet got hacked, as the website was under attack around the same time last year.

Cryptocurrency hacks are becoming common day by day. Earlier, only Bitcoin sites were hacked, but now that other currencies are also gaining momentum, no exchange is truly safe.

Improve Your Security: It Is Now Possible to Steal WhatsApp Data