Government Websites Hacked in the UK to Mine Monero 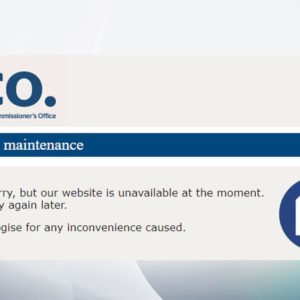 Government websites were recently hacked in the UK in another case of cryptojacking.

Cryptojacking is a process where hackers hack websites in order to mine cryptocurrencies. This has been one of the biggest problems in today’s world as such hacks have become very common, and some government websites recently became a victim of such attacks in the UK.

Some of the affected websites include the the Scottish NHS helpline, the Information Commissioner’s Office, and several other government sites. All these seem to have been infected by a trojan that hacks visitor’s computers to mine different cyrptocurrencies.

The malware is called Coinhive that seems to be able to hide in codes, while stealing user’s processing power.

This technique is mainly used to mine Monero, a currency that works quite like Bitcoin but is presently less known.

Cryptocurrencies are stored digitally in a wallet where they can be sold, bought turned into a different currency. Earlier, hackers were hacking mining sites, but now this new way of hacking has opened new worries for users all around the world.

The issue was caught when antiviruses started to give warnings when a user visited an infected site. There is no report yet on how long these sites have been infected for, but the authorities have taken down a lot of infected sites.

These government sites are visited by millions of users and that puts a lot of pressure on the authorities to strengthen the system.

The issue was first spotted by Scott Helme, a security researcher, who said it is a pretty worrying thing, but the good thing is that experts are trying to find a solution to this hazard.