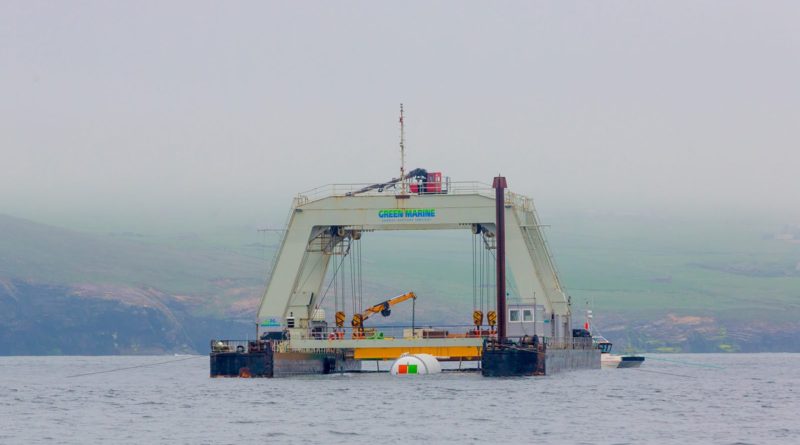 Microsofts ambitious Project Natick has entered into its second phase it has been announced. The project is an experiment Microsoft are hoping will help the company understand the benefits and indeed challenges of putting high performance data centers under water. Within the second phase the project team has sunk a massive tank, the size of a shipping container filled with server racks off the coast of the Orkney Islands in Scotland, the plan is to leave it there for several years to observe if this could be a feasible way deploy data centers in the future.

We all know that generally computers and water don’t get on well with each other but Microsoft’s researcher Ben Cutler says otherwise. They told Frederic Lardinois at TechCrunch why the bottom of the ocean could in fact be the best place for the servers.

The vast majority of users line within 200 kilometers of the ocean. Cutler also noted that Microsoft’s Cloud Strategy has long been about putting its data centres near the denser population areas so if they were to use the data centers in conjunction with large offshore wind farms which will potentially provide renewable power and their is also the obvious cooling benefits of having the servers under water.

“Within Microsoft, we’ve spent an enormous amount of energy and time on the cloud — and obviously money,” Cutler explained when asked about the development of the project. “So we’re always looking for new ways that we can innovate. And this idea sort of gelled originally with one of our employees who worked on a U.S. Navy submarine and knew something about this technology, and that this could maybe be applied to data centres.”

The team originally launched phase one back in 2013 whereby the team dropped a small pressure vessel with a few servers into the Pacific Ocean. The initial experiment was successful and not only provided encouraging results for the data center itself but also managed to positively impact the area around the vessel by providing a home for wildlife with no reported harming affects such as heat or noise to the surrounding environment.

Only time will tell whether this is a viable option for data centers in times ahead, but Microsoft is making this long term investment with a view to use the free access to cooling that the ocean provides to reduce the biggest cost to maintaining data centers. If they should be successful this could revolutionize how data centers operate in the future, for the benefit of not only the company reducing costs, but the users and even the environment as well.