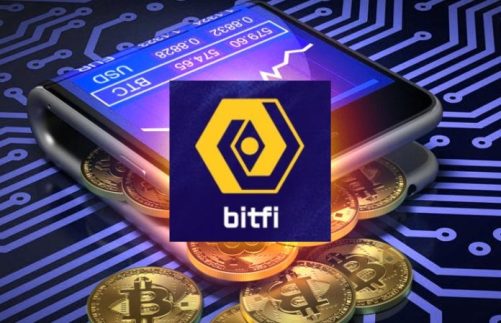 Amidst the recent wave of crypto hacks, John McAfee gave a brave challenge to crypto hackers. It is because of the tempting offer that he has captured the news world for about a week. Still, the news does not seem to be fading away. Almost a week ago, John McAfee gave an open challenge for a $100,000 to anyone who hacks his BitFi wallet. Then after a few days, he announced the same bounty for ‘everyone’ who hacks his BitFi wallet.

John McAfee’s bold challenge to hackers has gained sufficient attention from the news world. In fact, by looking at the responses received on his Twitter account, it seems that almost everyone is trying hard to get that $100,000 bounty. Earlier, McAfee simply announced the bounty for anyone who hacks BitFi wallet. Later, he elaborated that the bounty will go to everyone making successful hacks.

The $100,000 bounty to anyone who can hack the https://t.co/VJ7qrOxQqL wallet is not just for the first person who hacks it, but to everyone who can hack it. If 100 people hack it, each one gets $100,000. But I promise you, it cannot be hacked, ever, by anyone or anything. Try it

His bold claim started off a heated debate since he denies the popular statement “nothing is unhackable”. While most tech gurus and hackers believe there is no such thing as ‘unhackable, McAfee believes that his crypto wallet is perhaps ‘unhackable’ forever.

The rules for collecting the bounty for hacking rhe BitFi wallet can be found here: https://t.co/RUF9pRnAmN
.
Before you waste your time, however, I have outlined why the wallet is unhackable. If you still think it is hackable after reading, then you need to reeducate yourself. pic.twitter.com/n32lwsJaKo

What Is BitFi Wallet? Why Is It ‘Unhackable’?

So the BitFi crypto wallet that claims to be ‘unhackable’. This would mean that in the realm where crypto wallet hacks are becoming a norm, such wallets like BitFi come out as a potential savior.

What makes BitFi unhackable? Well, the answer is simple – it hosts no such thing that anyone could hack. As explained on its website,

So, BitFi wallet simply does not store your private key. When it stores nothing, it has nothing hackable. Thus, protecting you from hackers. Moreover, BitFi’s open source code allows you to retrieve your funds even when the services remains no longer functional.

So, are you ready to accept McAfee’s challenge for $100K? Do you agree with his claim of an ‘unhackable wallet’? Let us know your thoughts in the comment section below.