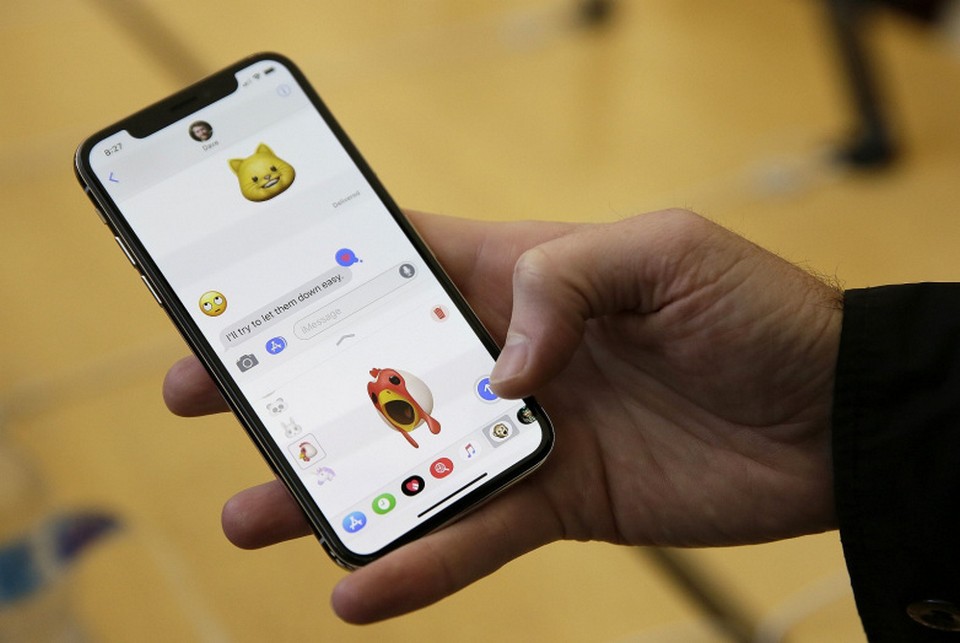 Apple’s iOS 12 seems in trouble these days. on one hand, we see people discovering security vulnerabilities, such as those allowing bypassing passcode to access phone’s data. Whereas, on the other hand, we see some default iOS features loaded with glitches. Recently, an iOS 12 texting bug has been infuriated numerous users where it reportedly sends users’ messages to the wrong recipients.

The problem clearly conflicts with Apple’s privacy paradigm. As noticed by several users, the new iOS has a bug in its iMessage feature that breaches users’ privacy. This iOS 12 texting bug inadvertently causes messages to reach the wrong contacts.

The bug was identified by PiunikaWeb, who made the discovery public in a blog post. As reported, he found several iOS 12 customers complaining about a problem with iMessage across all Apple devices. The bug appears in the newly launched Unified Thread Functionality feature.

Those who have upgraded to iOS 12 may have observed merging of threads from a single contact. Apple has allegedly launched this feature for user convenience as it merges all conversation threads from a single user into one thread. Despite sounding convenient, the problem became a pain the neck for the average iOS user. Due to the vulnerability, iMessage incorrectly merged chats, making users send messages to the wrong recipients.

Several users have flooded social media with such complaints. Some even say that they face troubles when sharing the same Apple ID with their families.

@AppleSupport Our #iMessage are all getting mixed up with #ios12 Now I can’t send messages as I don’t know who will be reading them. Please help #iphone

@AppleSupport so streamlined conversation had removed ability for a family to use same Apple ID for iMessage with iOS12. Messages to my hubby going to my kids. Apple need a rethink @AppleNews 😡🤬

Since the bug, many have turned to Apple Support Forums to share their issues. While one user posted the question regarding the incorrect merging of message threads, 658 others clicked on the “I have this question too” button. 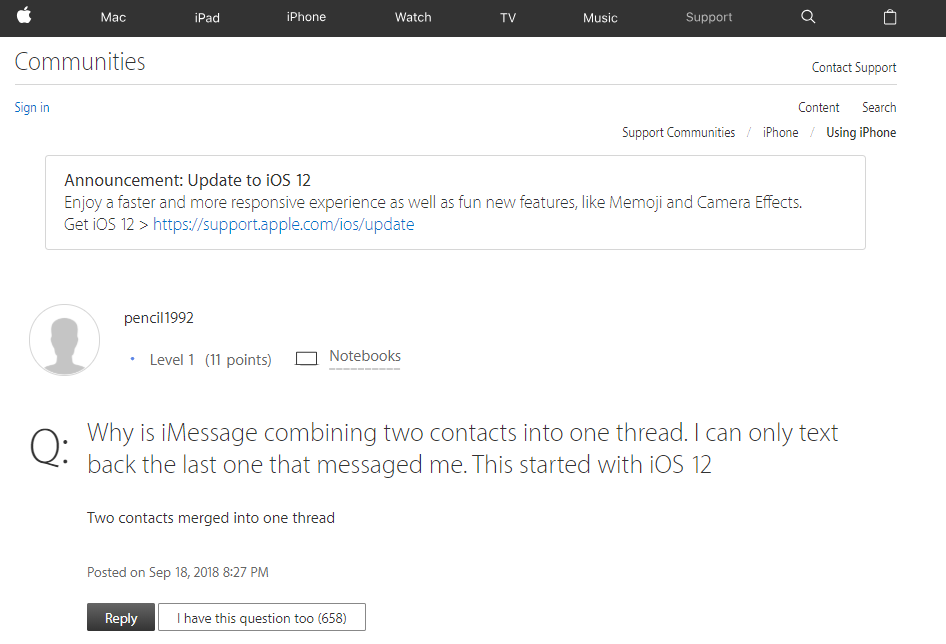 Many are eagerly waiting for a patch

Hey @Apple @AppleSupport when are you going to send the patch or fix for IOS 12? All my #iMessage are jumbled up. Please fix now!!!!!

Until now, Apple hasn’t released an official statement regarding a fix for this glitch. Nonetheless, the Apple Support handle on Twitter is actively replying to users who tag them while posting their complaints.

You've come to the right place. We're happy to see how we can help. Send us a DM letting us know which iPhone you have. Also, let us know if you share an Apple ID with anyone. https://t.co/GDrqU22YpT

While a fix isn’t available, an Apple user shared the reply he got from Apple Support on Twitter.

Apple support has contacted me re this issue, they’ve confirmed this is an intended consequence of ios12, if you’re in the same appleID it doesn’t matter what phone number or email you have assigned in settings, it will combine our messages in an thread